Walking like on another planet in the Paracas National Reserve

On the southern coast of Perú, not far from the town of Pisco, lies a wast Paracas National Reserve which is one of the most interesting areas in the country. A place where desert landscape meats the ocean is about 45 mil. years old. In the past, Paracas was home to one of the most developed pre-Inca cultures (900 B.C. – 200 A.C.), known for enlarging skulls of children and doing medical operations using a liquid of San Pedro cactus as an anesthetic. Nowadays, the reserve is home to more than 300 species of algues, 500 species of  annelids and arthropods, 168 species of fish, 10 species of reptiles, 36 species of mammals and more than 200 species of birds. Birds are the animals the most visible when you visit Paracas National Reserve: you will see Peruvian pelicans, Humboldt penguins, Chilean flamingoes and others. Tourists nowadays come to see the extraordinary landscape where one can feel as beeing on another planet… 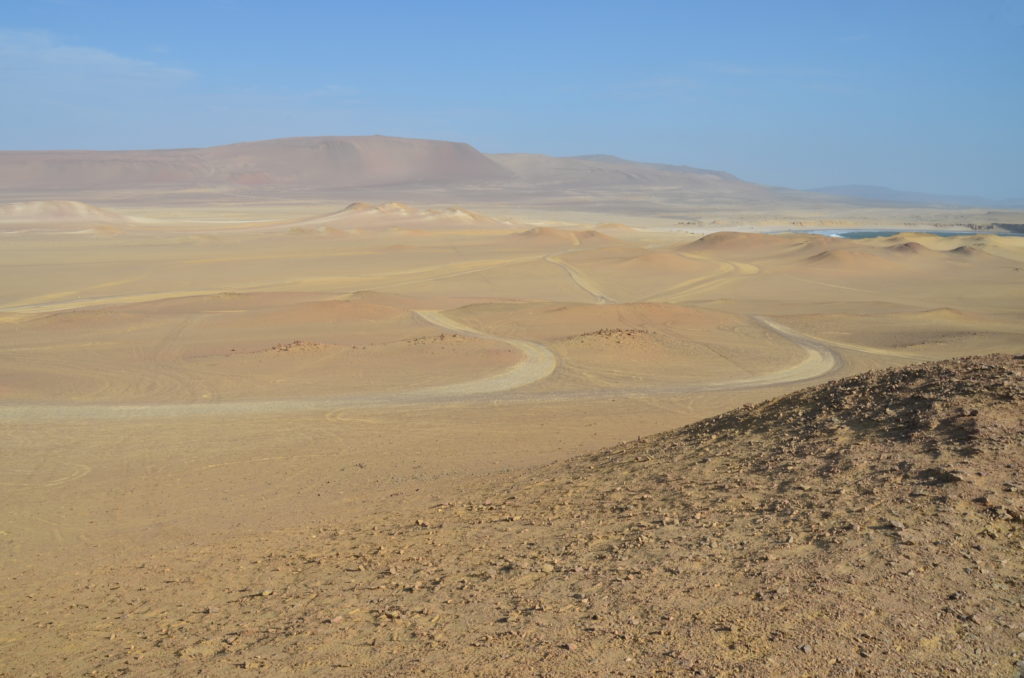 We arrived to Paracas National Reserve with our taxi guide called Freddy from Lluvia de Arena agency. Freddy said that the road was built from salt. He brought us to different places where he stopped and during the walk he explained us that Paracas is extended on 335 mil. ha, where marine territory counts for 65 % and the rest 35 % is a desert land. Main source of revenue here are fishery and tourism. 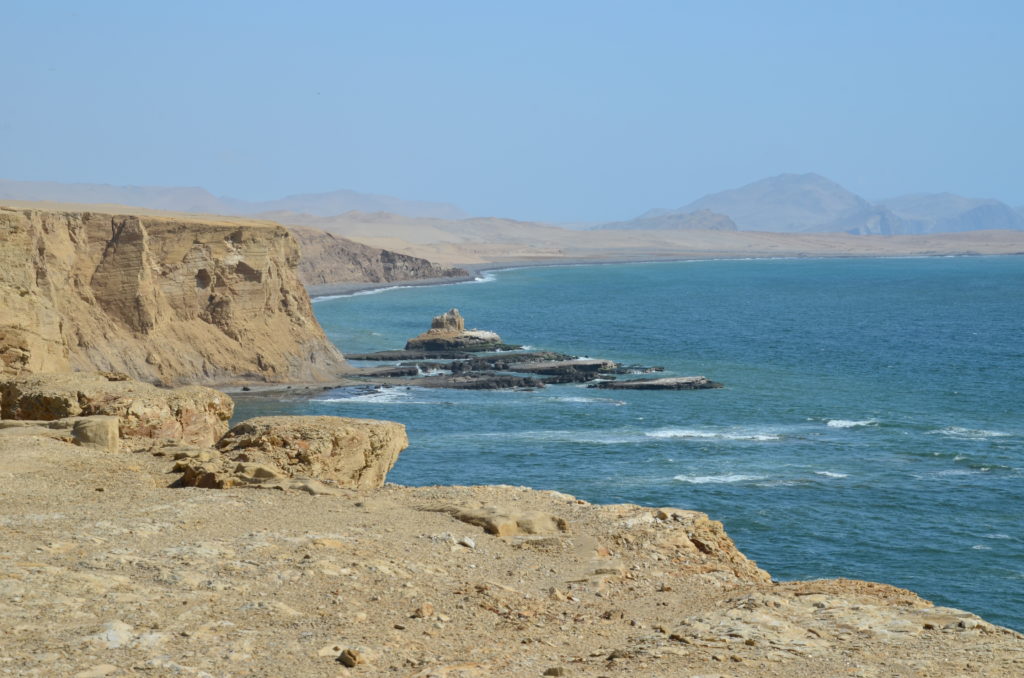 One of our first stops is at the Supay Beach. The Supay word comes from Quechua and means ‘devil’. The waves hitting the shore are very strong here and thus, they created such an interesting structure of the old cliffs that dates back to the Eocén period. The layers of those cliffs are created from fossil organisms, volcanic ashes and other elements getting there from the eruptions.

We can also see the Zarate Island from the beach. 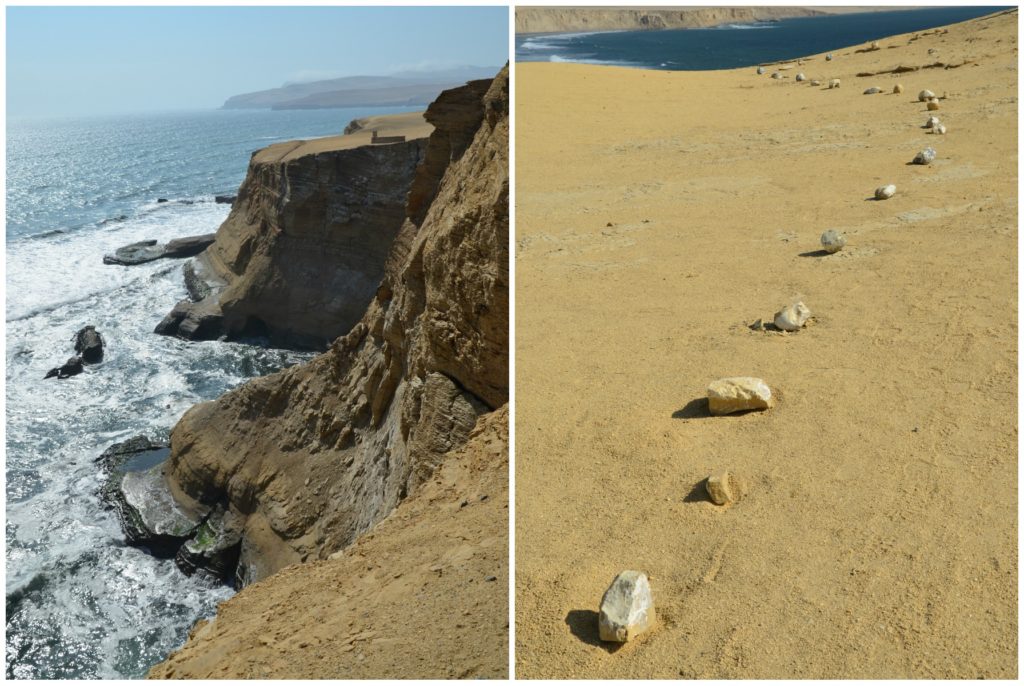 On some places we could see fractures – those come from the bad earthquake in 2007 that hit the central coast of Perú and the neighborhood cities Pisco and Ica were hardly damaged too.

The Cathedral used to be a rock creation connected with the coast with kind of a bridge, which was unfortunatelly damaged by the earthquake in 2007 too and nowadays the Cathedral looks like on the below picture. 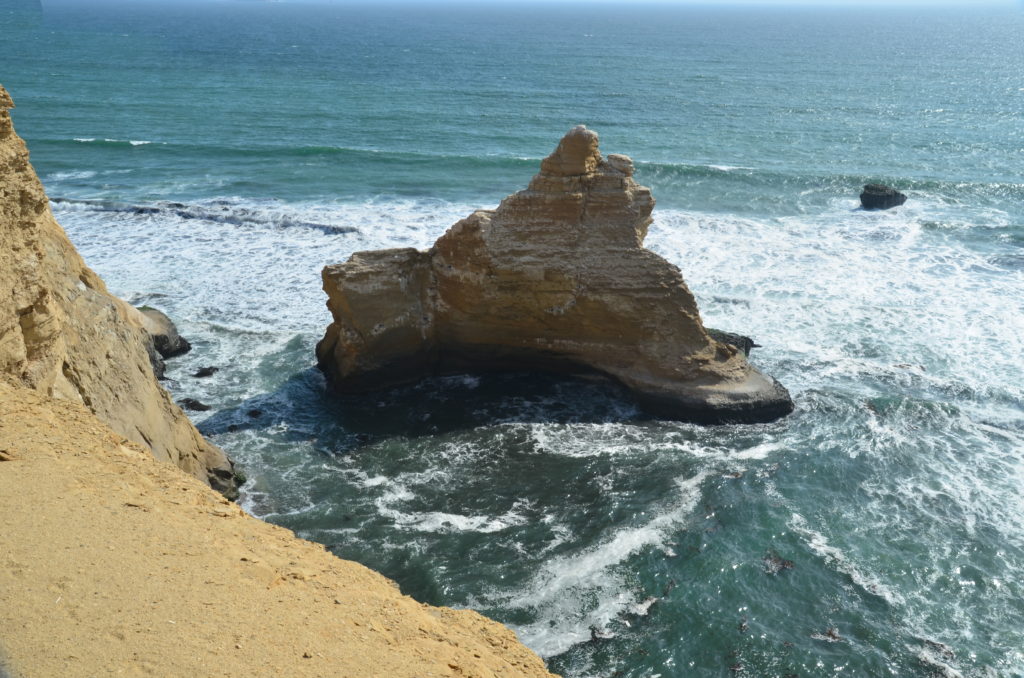 Freddy took a break, giving us time to walk alongside a beach where we could find a lot of relics…

…and some alive birds.

Our guide was not only a guide and a taxi driver, but a photographer too, as he said 😉 and took us some pictures 🙂

And one with Freddy 🙂

Playa Roja is probably the most stunning scenery we saw in the Paracas National Reserve. The shore is colored in red by a pieces of an igneous rock that is transported by the waves from the cliffs of Santa Maria. 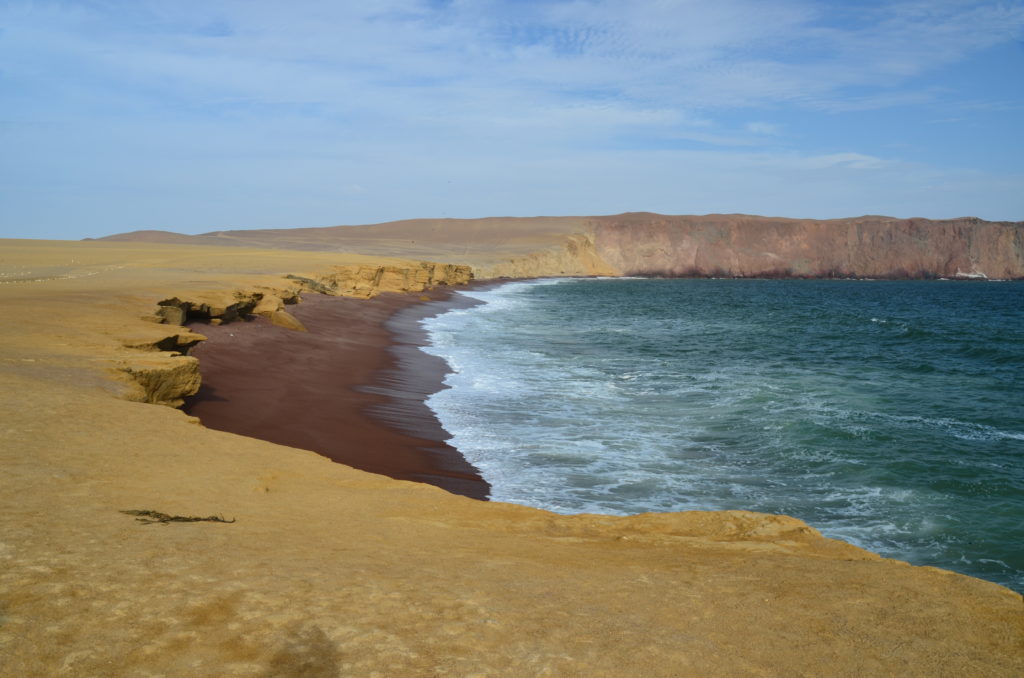 From Playa Roja, we drove directly to the Laguna full of fishing boats, surrounded by sandy hills, where one could observe pelicans and other birds or eat some good fish in the restaurant. According to Freddy, the best fish you can taste in Perú are Chita and Corbina (we tried both later in Paracas and Ica and he was damn right!). 🙂

We left the Paracas National Reserve and our last stop of this trip was a viewpoint from where we could observe Chilean flamingoes, but they were quite far away. 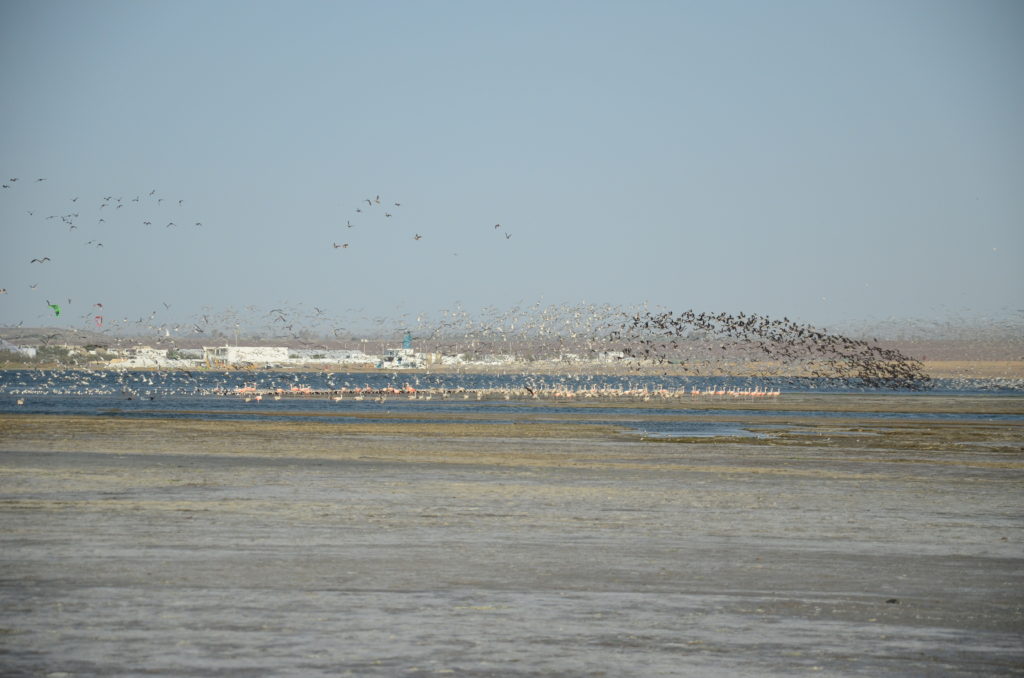 How to get to the Natural Reserve of Paracas:

You can access the natural reserve from a small town of the same name. From Paracas town, there are 3 ways how to discover the natural reserve: on a bike that you can rent in some hostels (whole day trip), guided tour in a bus, or with a private taxi guide. There are direct buses to Paracas town from Lima or Arequipa (check the website of Cruz del Sur). 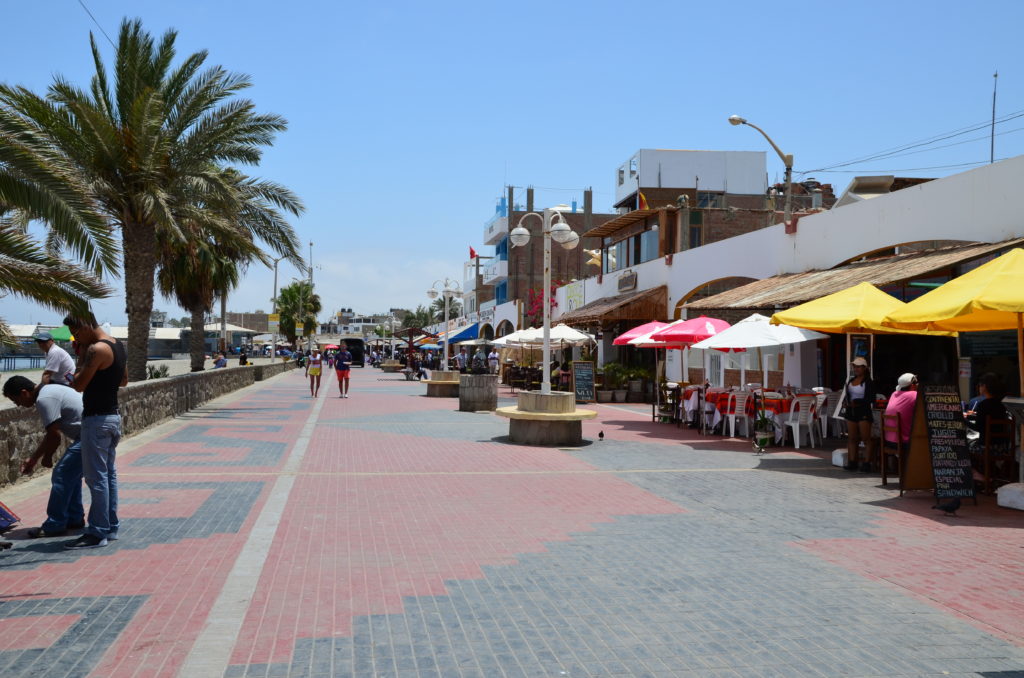 There are several places to stay overnight and restaurants. People come here to discover not only the Paracas National Reserve, but also for +/- 2h boat trip to Islas Ballestas or sandboarding in Huacachina (near Ica, about 1,5 hours by bus).

We stayed at hostel Kokopelli – a young hostel with direct access to the beach, swimming pool, and garden with a bar. Situated 3 minutes’ walk from the promenade with restaurants, 5 minutes from the harbor from where the boats to Islas Ballestas are leaving. In the hostel, you can rent bikes or book the tours directly.

Lima can surprise, alias Why to spend at least 1 day here