Last summer during a family visit and stay in Ariège, a beautiful southwestern department of France (see the previous post about beautiful places in Ariège), we decided to go for a hike in the Pyrenées. I was scrolling through Instagram for ideas for a half-day and easy to mid-difficult hike and I found a beautiful picture of one of my favorite French accounts from hiking near Aston. On Sunday morning, we packed our five plums, left Adeline with her grandparents, and drove direction Aston, with our hiking shoes on. We really enjoyed this hike and so today I will tell you about it: how we took a half-day trip to the Pyrenées and did some hiking in the Aston Valley, didn’t give up to find the Étangs de Fontargente.

We opted for the 3h30′ hike leading to Étangs de Fontargente (Fontargente lakes, lying at the foot of the lowest pass between France and Andorra). This route starts at the parking Pla de las Peyres (which was impossible to find with our GPS signal that was already very weak in the mountainous border region). We started by following the river, then climbing up slightly, and then the signs were suddenly gone. Like many other hikers, we were lost. We met others giving up saying there were no such lakes and going back downhill. And then at one point, we met another lost hiker with a dog. He also didn’t have a signal, nor a printed map. And so we started to analyze the hike itinerary photo I made at the entrance which at this point didn’t give us any hint. Following common sense, we then continued climbing up over the rocky stones higher and higher towards the highest mountains in the view… There were moments where I said some awful words about these rocky stones but luckily nobody heard me… 😀

And then, the reward was there – such a beautiful view of a lake, the first one of the Fontargente lakes! Huge stones were all around and once Steven climbed over all these, he found another I had enough of these so I just stayed sitting on one. Once he came back, he was speaking about the beauty of the other lake and showed me pictures, we had a short break sitting at the lake, resting and admiring the beauty of the surrounding wild landscape. It was so serene and there was nobody apart from us and the guy with a dog who apparently enjoyed the huge stones. Sun was already low and so we checked the time – it was past 6 p.m. already so we quickly decided it was high time to leave back down to the valley if we wanted to make it before the sunset.

We strictly followed the yellow marks on the stones this time, to be sure not to get lost again. But we did! 😀 It was about 8:15 p.m., the fog started to enrobe the mountains and we were still quite high. and followed the river sound. At one point, there were some foggy clouds and the amazing light that entered through them. Despite all our fears of not making it down to the valley before the sunset or getting very cold (city people going into mountains and did not take any warm clothes!), we just enjoyed and took our time to make some nice pictures, otherwise, it wouldn’t be us! 😀 And at the end, shortly before 9 p.m. we arrived back at the entry point with parking. We felt tired and great that first, we didn’t give it up and found the étangs de Fontargente, and second, that we could go back and sleep warm inside that night.

You can download the hiking itinerary here. For more tips on what to see and do in Ariège, check out my previous post mentioning some beautiful villages in this department. 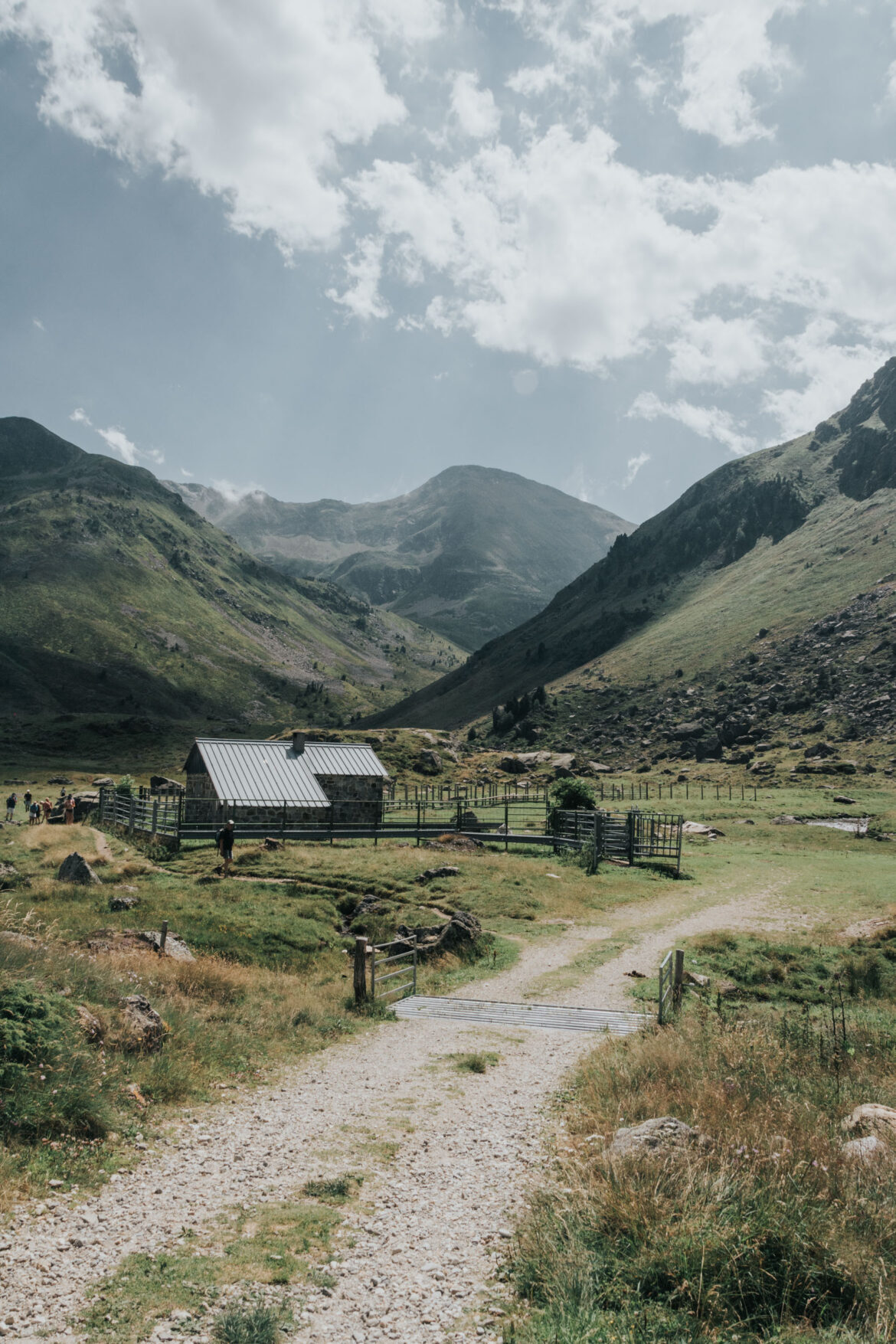 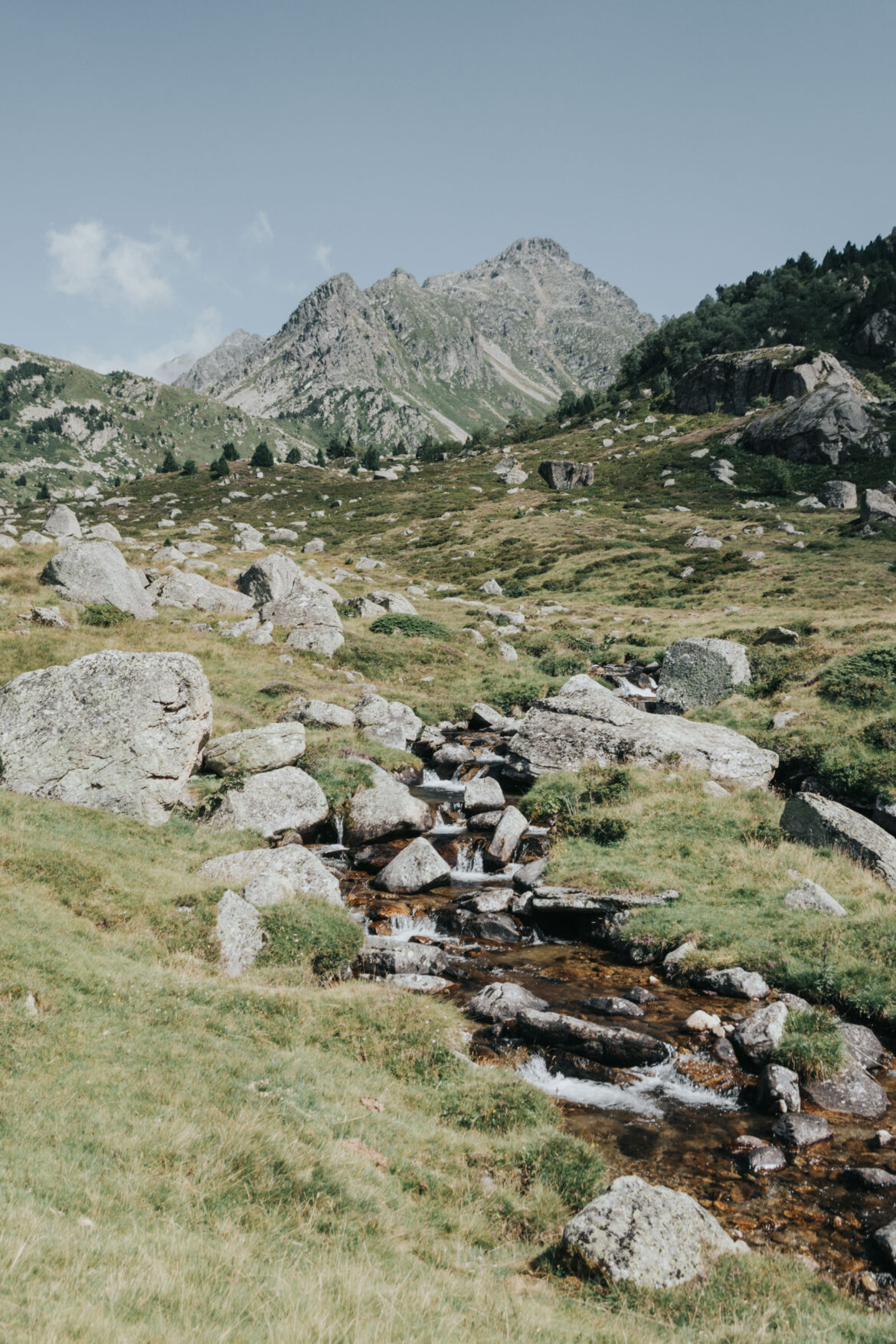 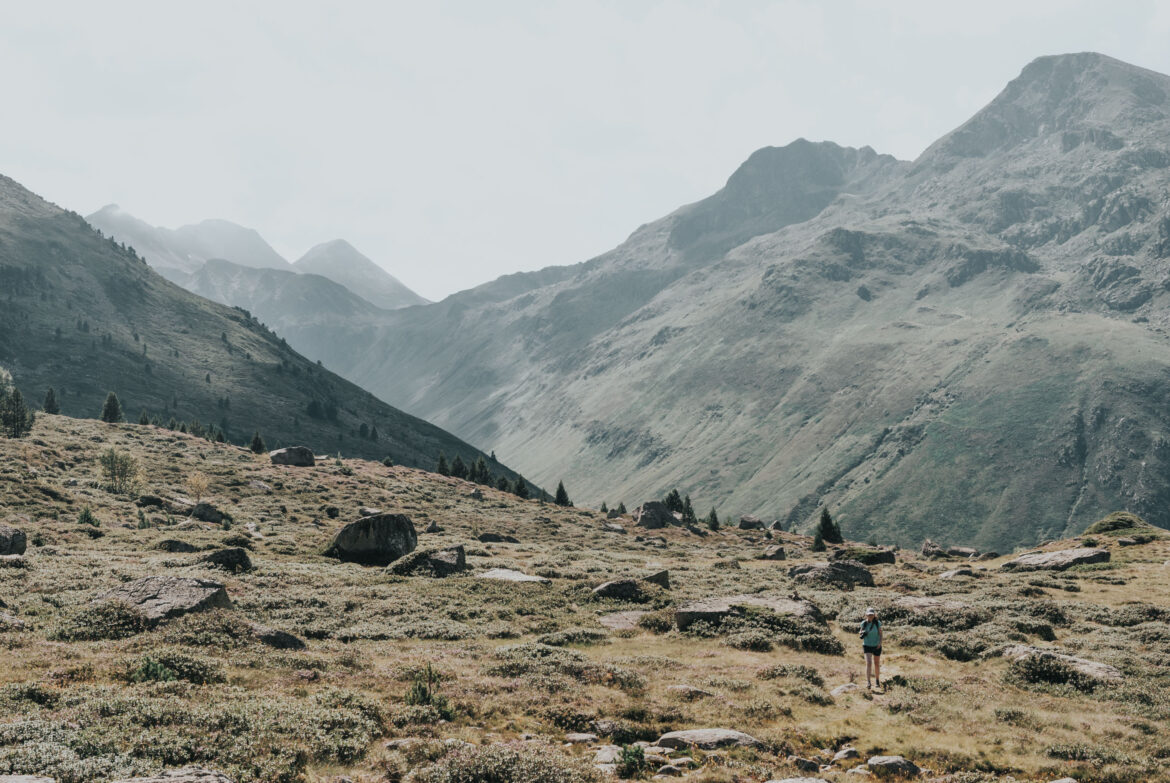 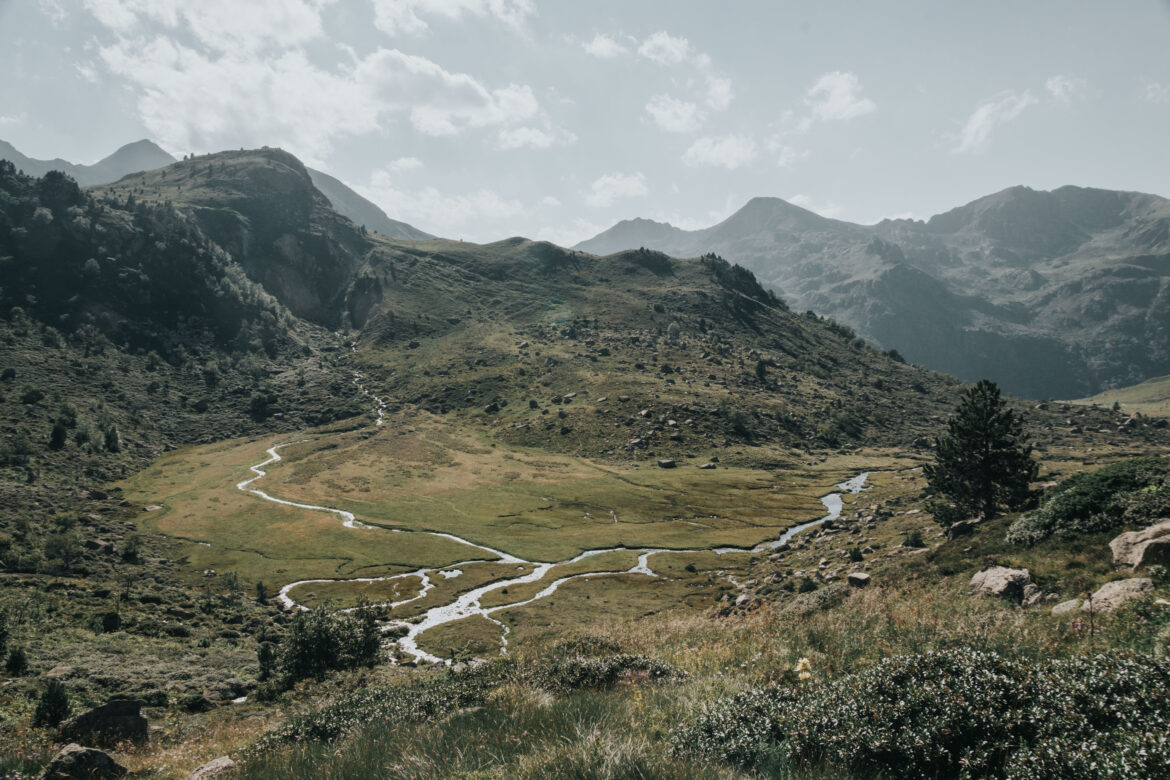 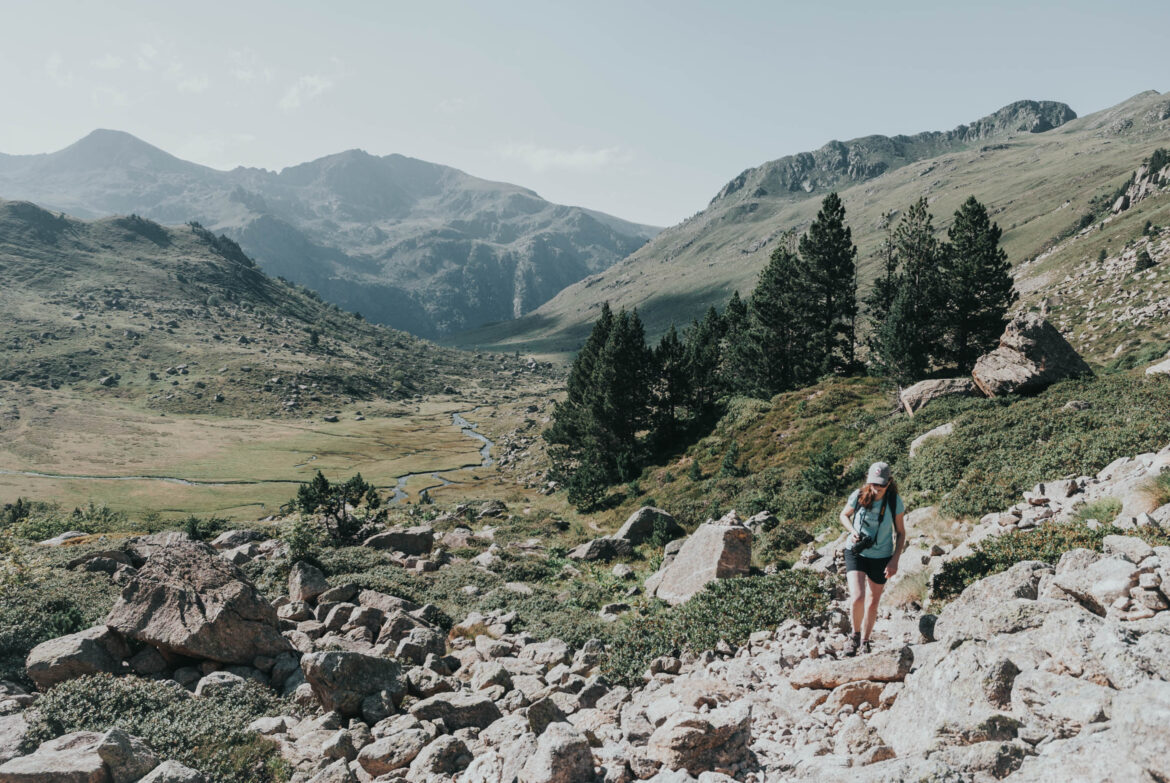 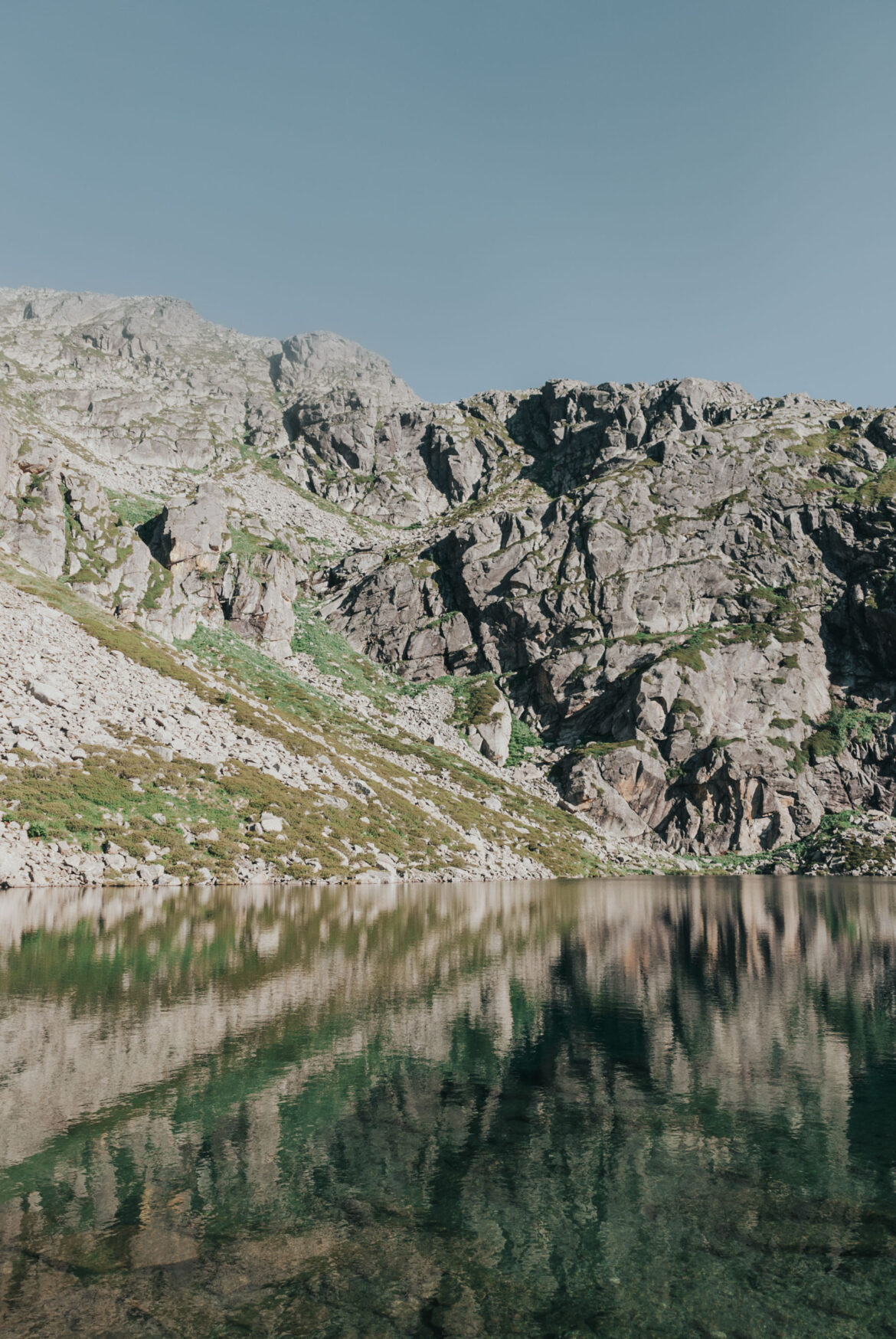 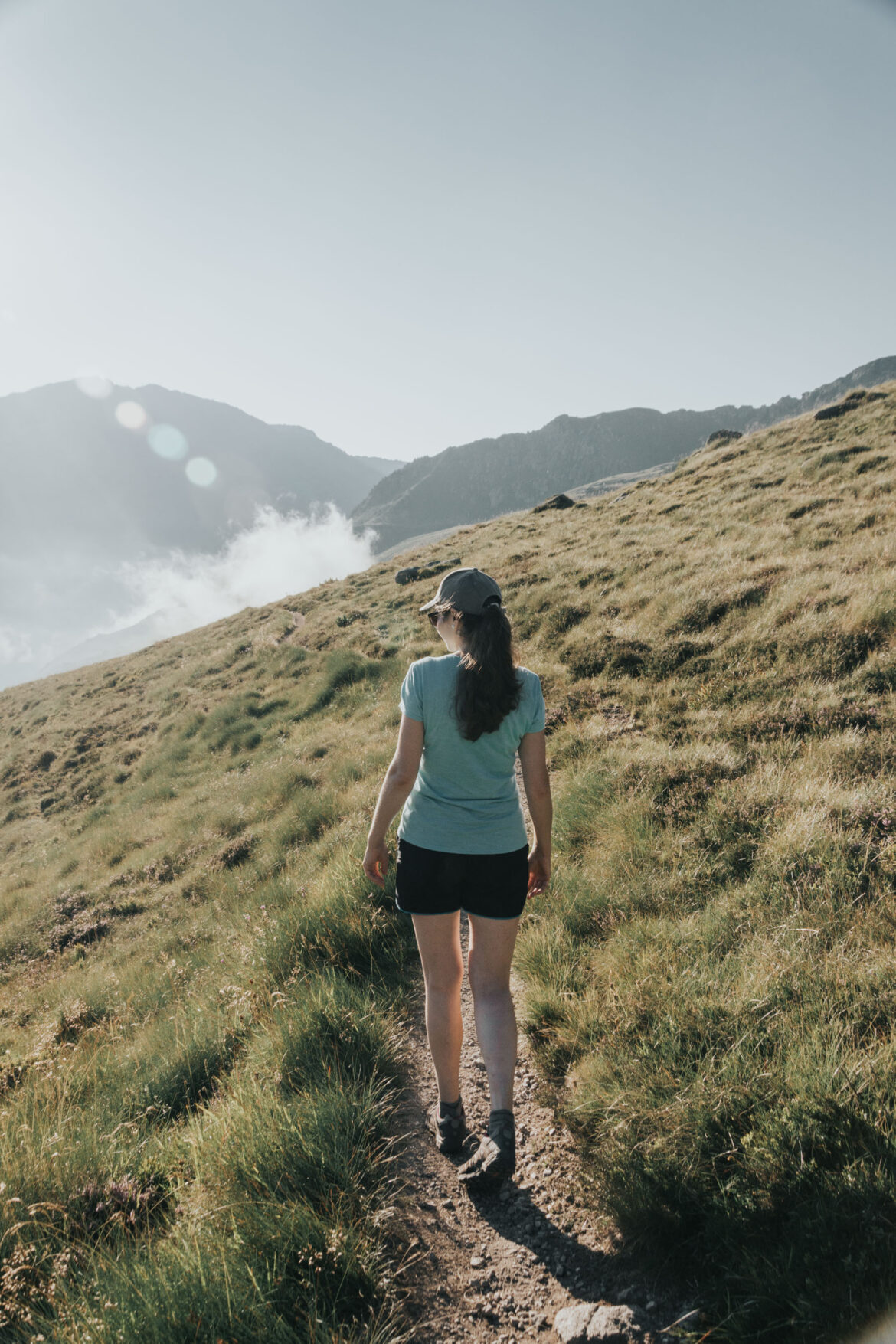 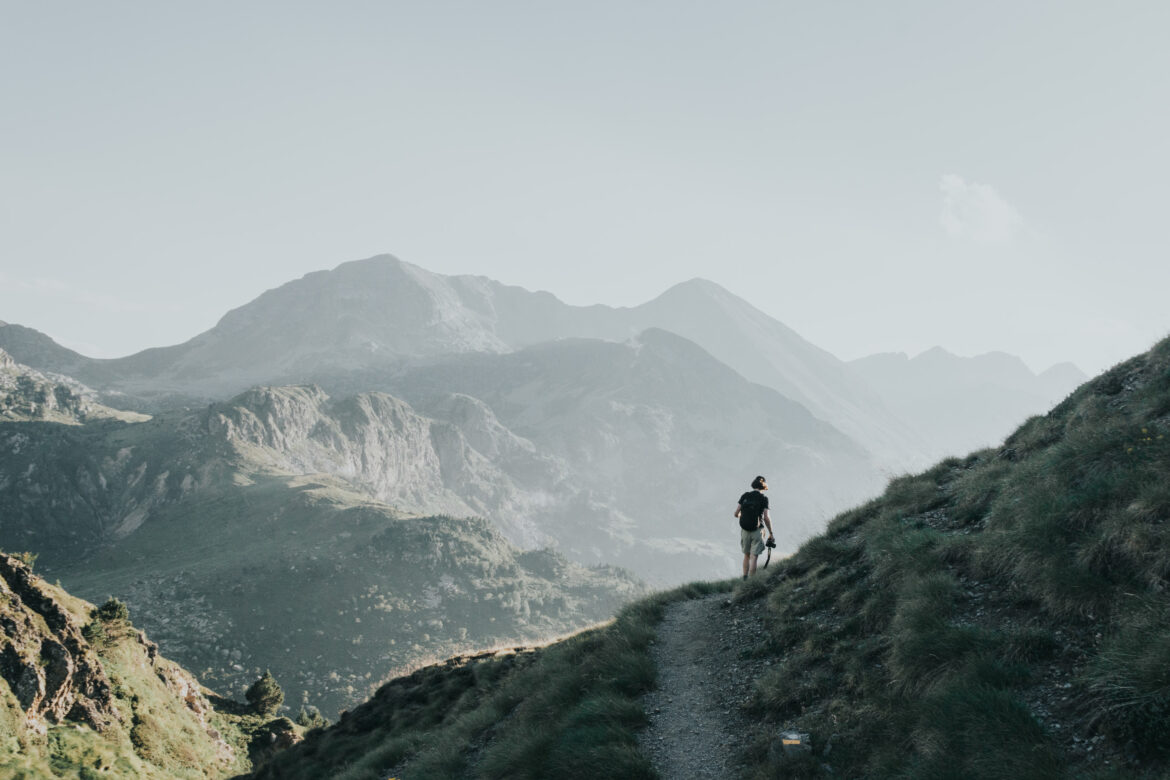 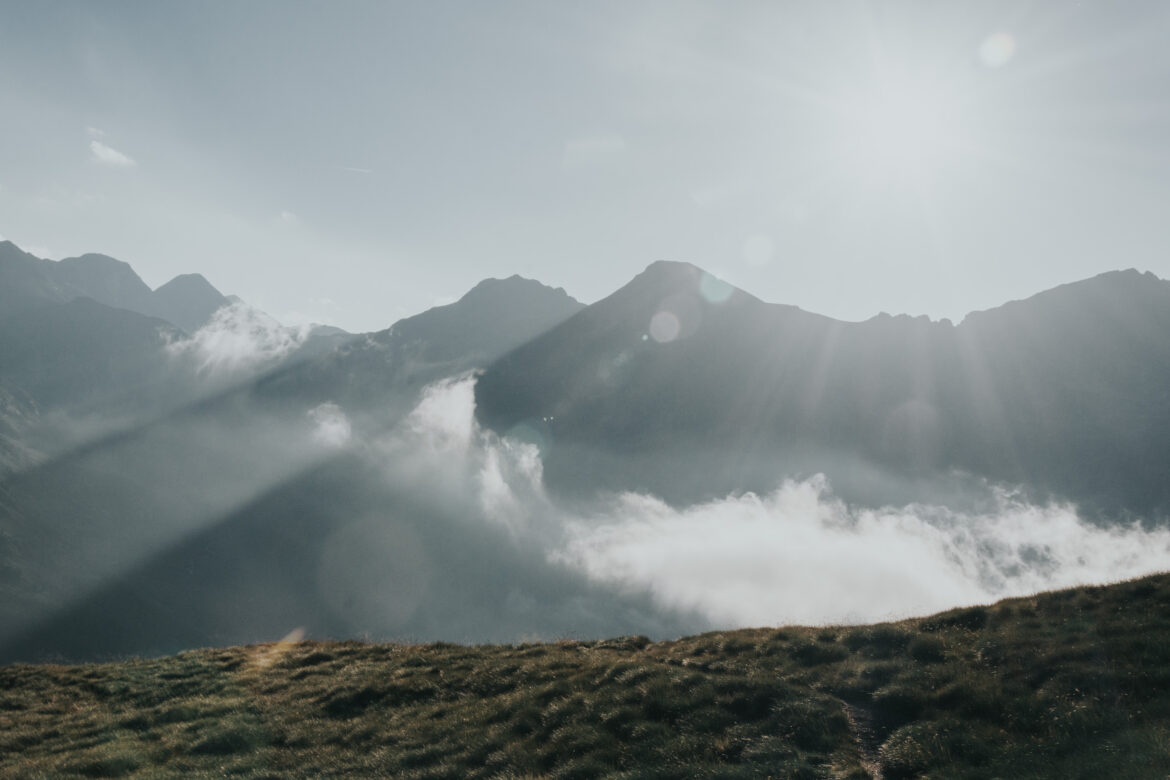 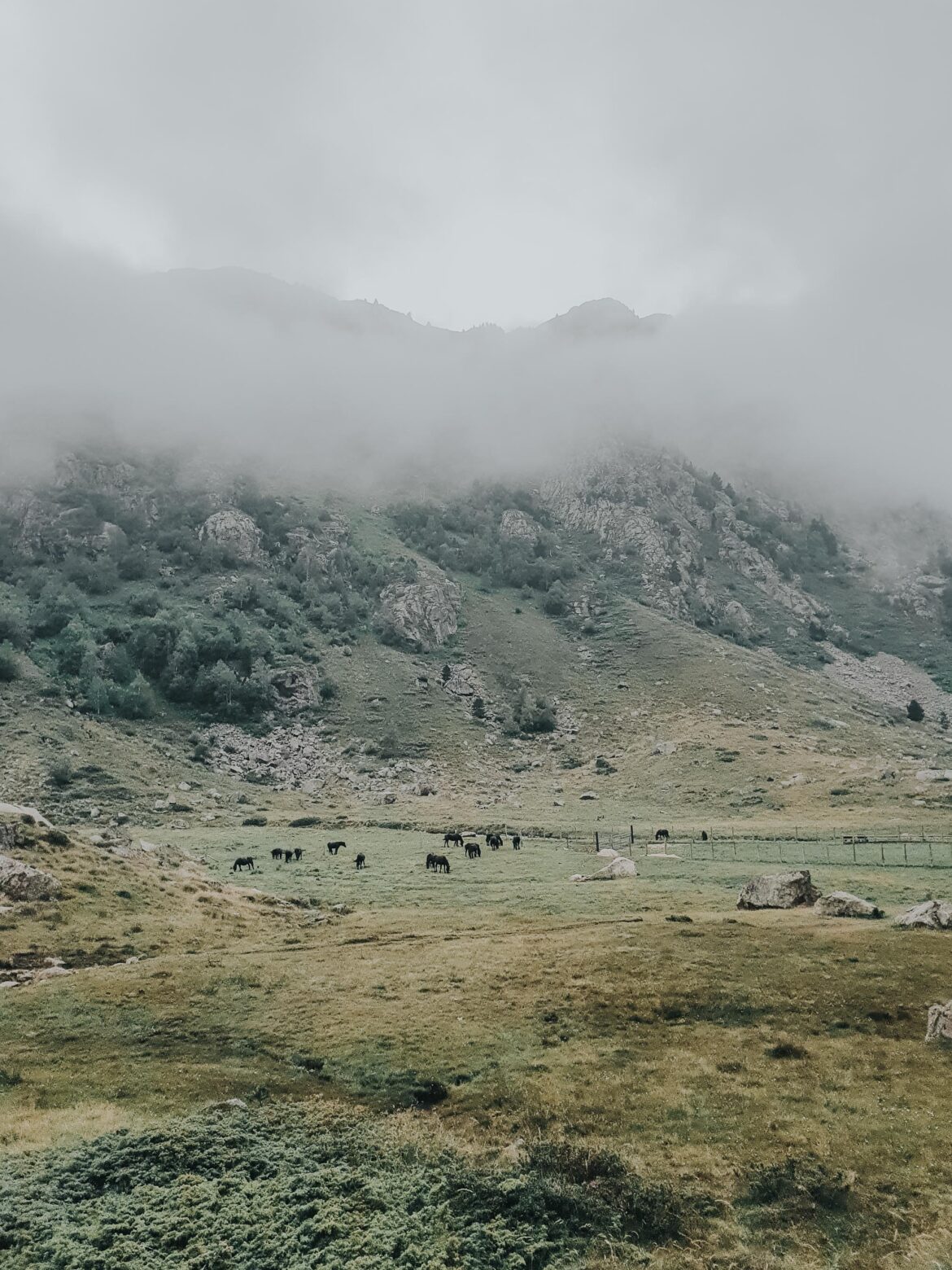