In April, we visited Colombia and I’m slowly starting to put my memories and tips online. In the first post from this travel, I shared with you some tips on visiting Cartagena and Rosario Islands, where we spent the first 3 days. Today I will continue our journey further through the Northern part of Colombia.

From Cartagena, the plan was to travel to Santa Marta where we would have a base for the exploration of the Tayrona Park. Although after some research, we found that there was a coffee and cocoa farm near Minca, a little village in the mountains about 45-min’ drive from Santa Marta. With that in mind, I contacted El Paraíso de Tuki BB, Coffee and Cacao Farm and booked one night with them. Apart from the cocoa interest, we also thought that a rest in nature in the mountains will do us good before hitting the hot and sweaty Caribbean coast again.

The bus from Cartagena to Santa Marta takes usually 4.5 hours but we had it for a little longer, following an incident when I got lost in Gentsemani while taking pictures of beautiful street art instead of waiting for the bus (supposing the bus would arrive 9:30 “Colombian time” but the surprisingly, it arrived sharp on the agreed hour) and both drivers including Steven were actually searching for me for a couple of minutes. When they found me, we had to search for the second driver who got lost while searching for me… 😀 Yes, I felt ashamed and very guilty, although now we have to laugh about it. 😀

We arrived at Santa Marta, left our heavy backpacks in one of the local hostels, grabbed some cash and took 45-minutes’ long taxi drive for a well-bargained price to Minca. Then in order to get to the farm from Minca, we had a choice between walking (2 hours) or taking a moto-taxi (15-20 minutes plus walk of 20 minutes). As we were too lazy to walk 2 hours the sunset was slowly approaching, we decided to go for the moto-taxi and that was quite an adventure at least for me as it was my first (and last, I thought…) motorbike ride ever, riding up the bumpy forest road without any helmet. After that, we arrived in a paradise!

Our day at the cocoa farm in Minca with Tuki

Ana and Antonio who run this B&B are very sweet and welcoming people. The main attraction here is not only the cocoa or coffee production but also the splendid views over the jungle towards the Santa Marta coast and a domesticated tucan called Tuki. We were welcomed by Ana who was just preparing a dinner for us, while we could watch the sunset. It was one of the most beautiful sunsets I’ve ever witnessed! The dinner was delicious, made with local ingredients – rice with aubergine and delicious salad with avocados from the trees around the house.

In the morning we woke up, took a cold shower with one of the best views ever and ate breakfast with papaya, pineapple, and bananas that grow around. And finally, the tucan Tuki woke up and came to say hi to us. We played with him, fed him with papayas and he was observing us, sitting on our arms. Such a nice bird!

Later on, we took the cacao tour around the farm during which Antonio explained us everything from growing the cocoa beans from the trees to roasting and creating the final product. It was very interesting. I have always found the chocolate production fascinating and I was impressed how they do here everything in an organic way. In the end, Antonio prepared us a nice cup of hot chocolate made with their organic cacao and his wife applied a chocolate mask to our faces for a softer and more radiant look. 🙂

After the cocoa tour, we said goodbye to Tuki, Ana and Antonio, and headed to a nearby hostel Mundo Nuevo where we wanted to greet the two Belgians who run it. We had lunch with them, enjoying another incredible view from there. Then we took the walk back to Minca through an indigenous village of the Kogi tribe with only about 4 huts, flowers and banana trees around. It was still an hour and half of walk back to Minca, from where we took a collectivo back to Santa Marta where we picked up our backpacks and headed to Tayrona Park… to be continued. 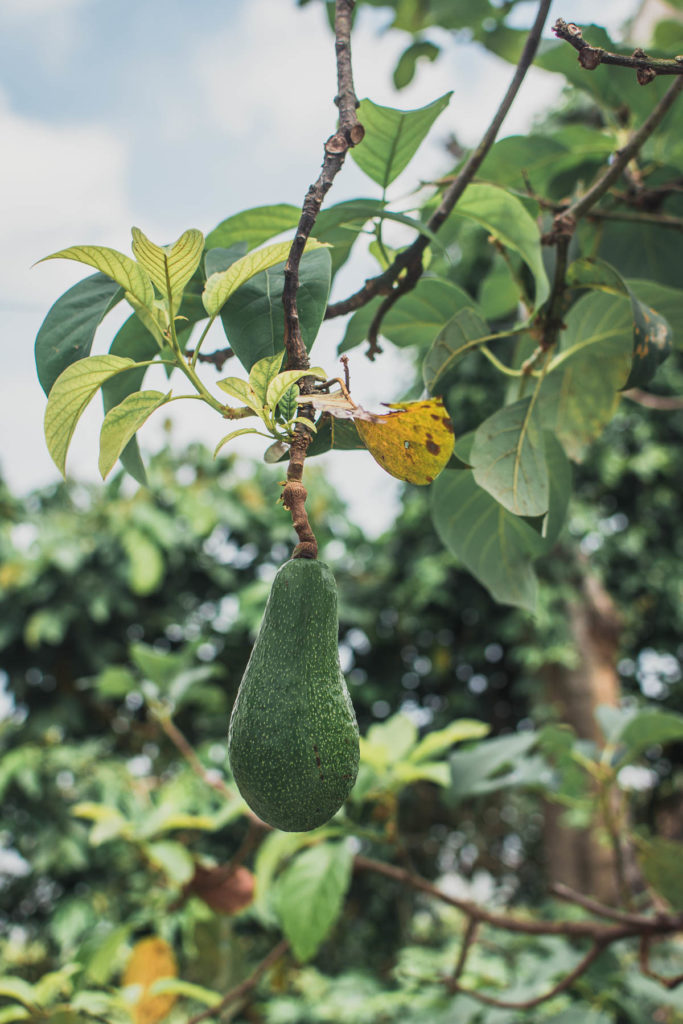 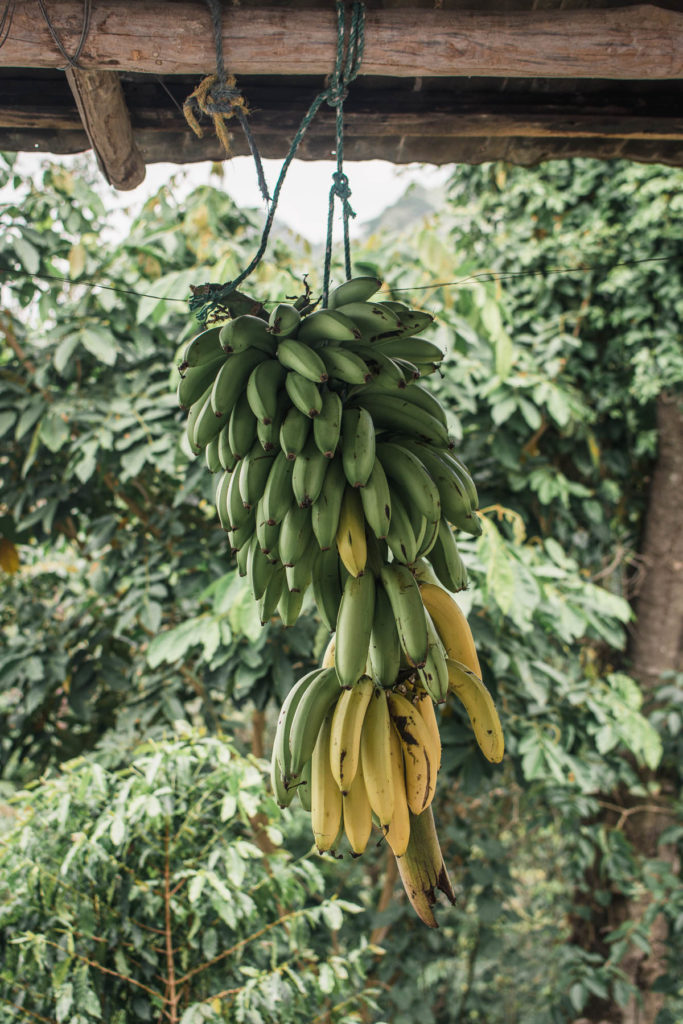 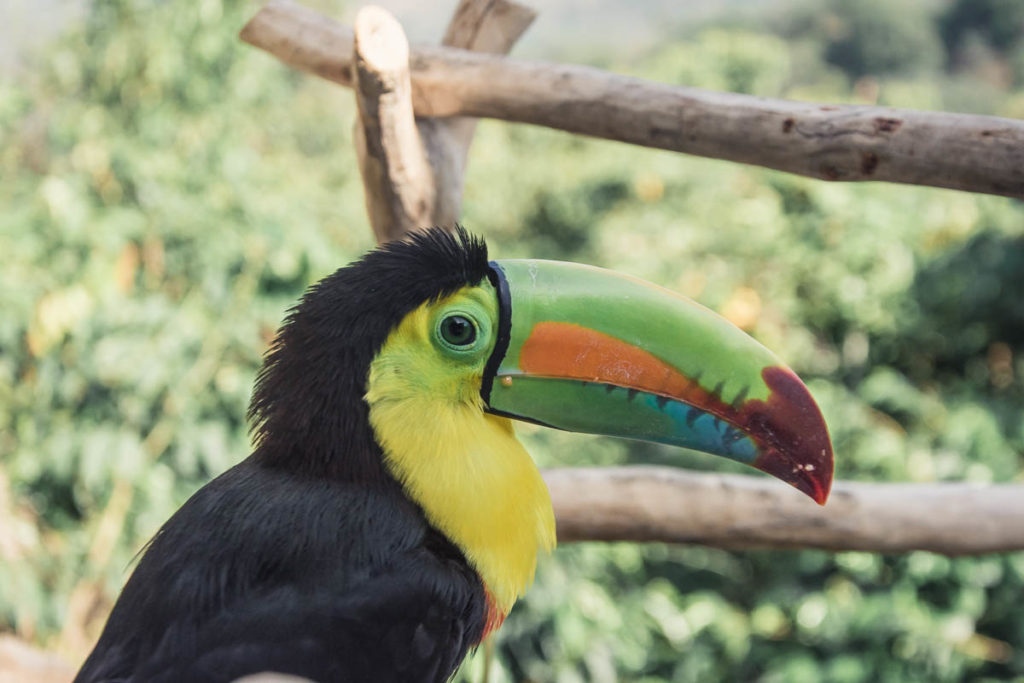 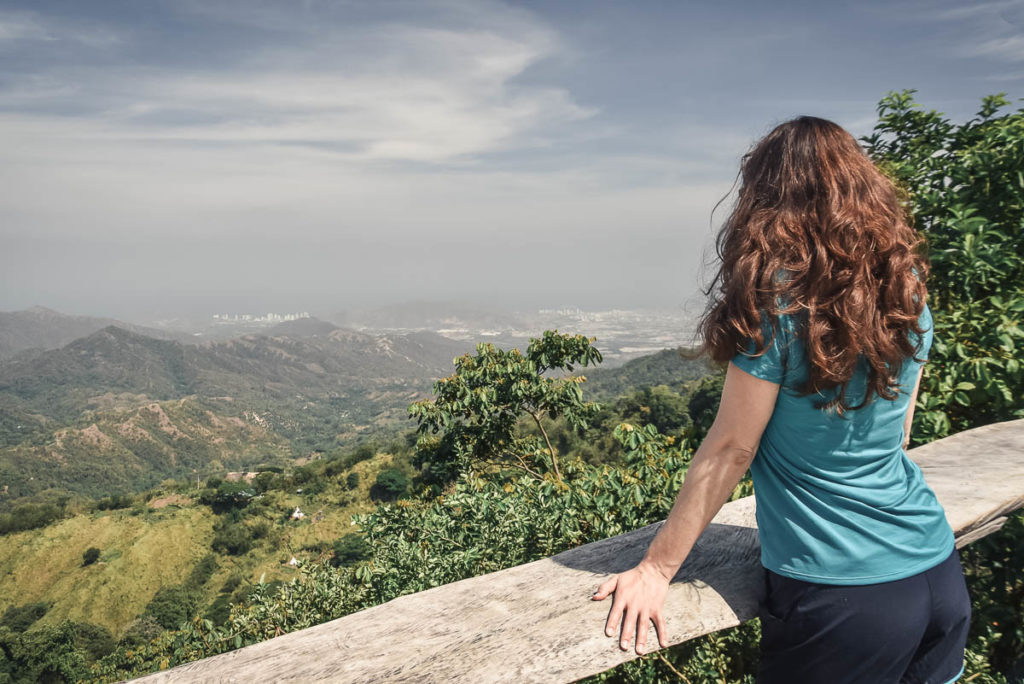 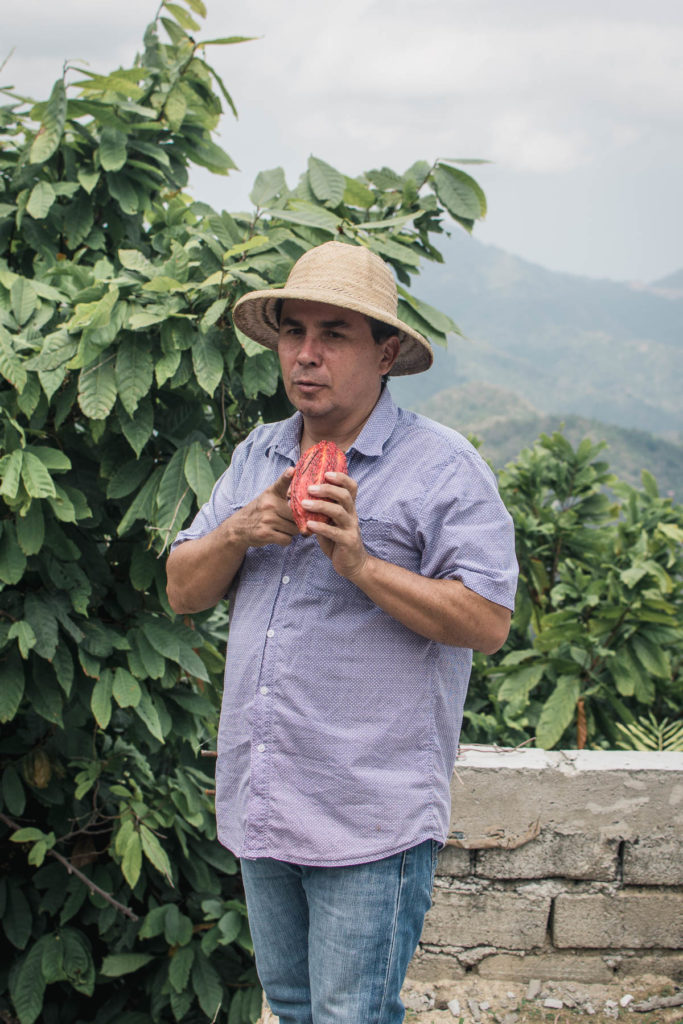 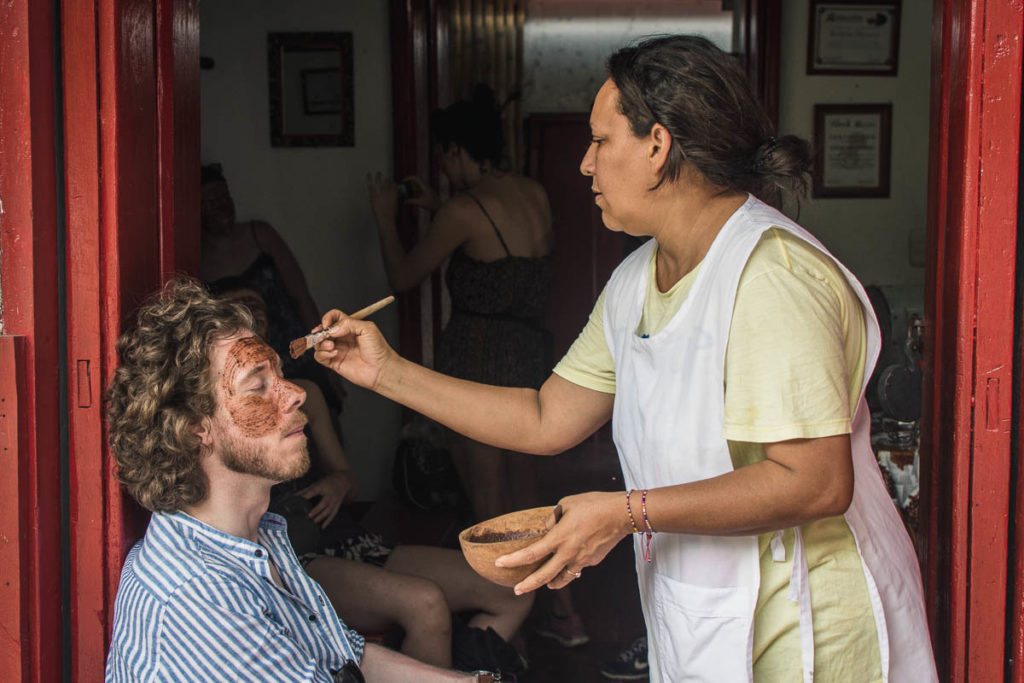 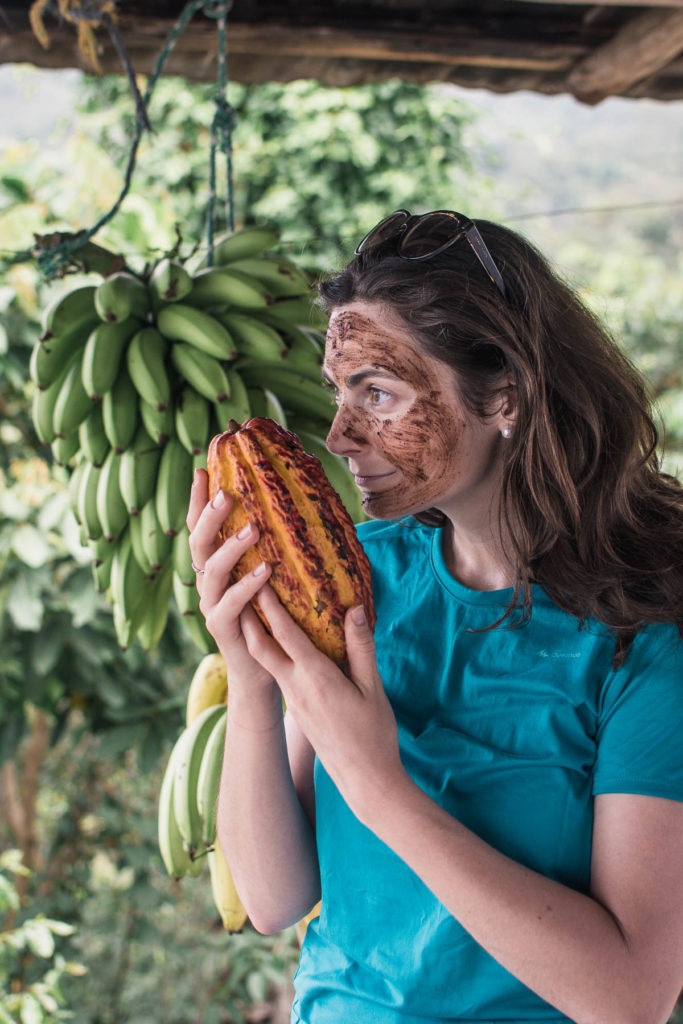 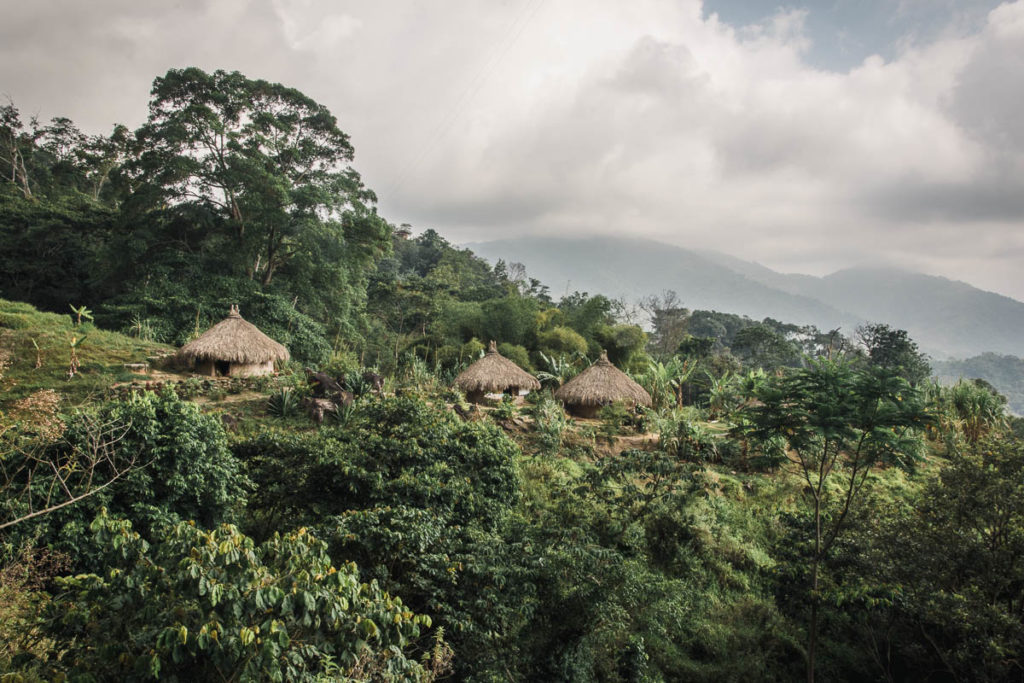 Looking Back at 2018 and My New Year Wishes to You