Culebra Island: A Guide to the Beach Paradise of Puerto Rico

After we left San Juan and spent some days between the coffee plantations, dry forest and colonial town in the South and consequently visiting the rainforest and beaches in the East of Puerto Rico, we wanted to visit at least one of its large islands – Culebra or Vieques. As we couldn’t decide which one would suit us better and as we had 3 weeks in total, we did both. ? They are both beautiful islands, but they are a bit different.

Today I will tell you something about Culebra Island, a Caribbean paradise lying on the East from the mainland of Puerto Rico. Here is how we did it and I also put together some useful information for those of you who would like to visit this amazing island one day.

Why should you visit Culebra Island

Culebra has some remote paradise beaches including one of the best beaches in the world, Playa Flamenco and as such is a perfect beach gateway for both tourists and locals. On the contrary, there is still lack of large hotel complexes (unlike for example San Juan) which will make your experience much more authentic.

How to get there

A ferry is what most people do as it is very cheap (we paid something like 3 dollars for a one-way ticket) and the journey from Fajardo does not take more than 1.5 hours. Currently, there are about 3 ferries per day and you can find the schedule here. Remember that in the high season and during weekends or public holidays, it is good to be there at least 1 hours prior to the departure as many locals are taking breaks on the islands (and the locals have always a priority). Unfortunately, by the time we went, it was not possible to buy tickets earlier or book them online.

It is often advised to take the plane which costs about 40 dollars per person, but the views are spectacular, and it is less stressful as it can be booked in advance. Although be aware that these are small planes and the seats are limited (7-10 per plane) as well as the weight of your baggage. For the information about available flights, check out Air Flamenco or Vieques Airlink.

How to get around

There is no public transportation on the island and sometimes in order to get to a beach, you may need to walk even 45 minutes or longer. It can be a nice hike but if you want to take beach stuff with you including food and drinks, this is not an ideal option. A fun option to explore the island is to rent a golf cart in Dewey (they also have jeeps, but the golf cart is much more authentic and fun). Another option is to go to the beach by group taxis. They leave from the harbor in Dewey where the majority of guest houses are and stop by the airport too.

Tamarindo was our first stop and my memories from here aren’t unfortunately very good. The water here is very clear and is full of life and as such, it is a great place for snorkeling. Just take your swim shoes with you as there are stones instead of sand! And also pay attention to sea urchins! I got about 30 spines in my foot. Ouch… L Due to the pain and inability to walk on both foot, the island exploration was limited for the rest of our stay. Luckily, we had the golf cart rented, otherwise , I don’t know how I could jump on one foot all the way home. Even though we went quickly to our guesthouse to do the vinegar soak and hot wax as everybody around advised, nothing removed the spines and doctor afterward told me even not to try to remove them as they may break which would be worse…

After the most terrible pain was gone, we got in the golf cart and headed to Zoni beach where I only could sit on a beach with my foot in the sea water, hoping that the 30-something spines will go away quickly (which was very naïve). Zoni beach is less accessible and therefore there are also fewer people. The beach itself and also the way to the beach is very beautiful! At one high point on the road, we were amazed by a stunning view of Culebrita Island and the British Virgin Islands. Then we arrived at the white sand beach with crystal blue to azure water. Simply amazing beauty and calm – this is how I would define Zoni. 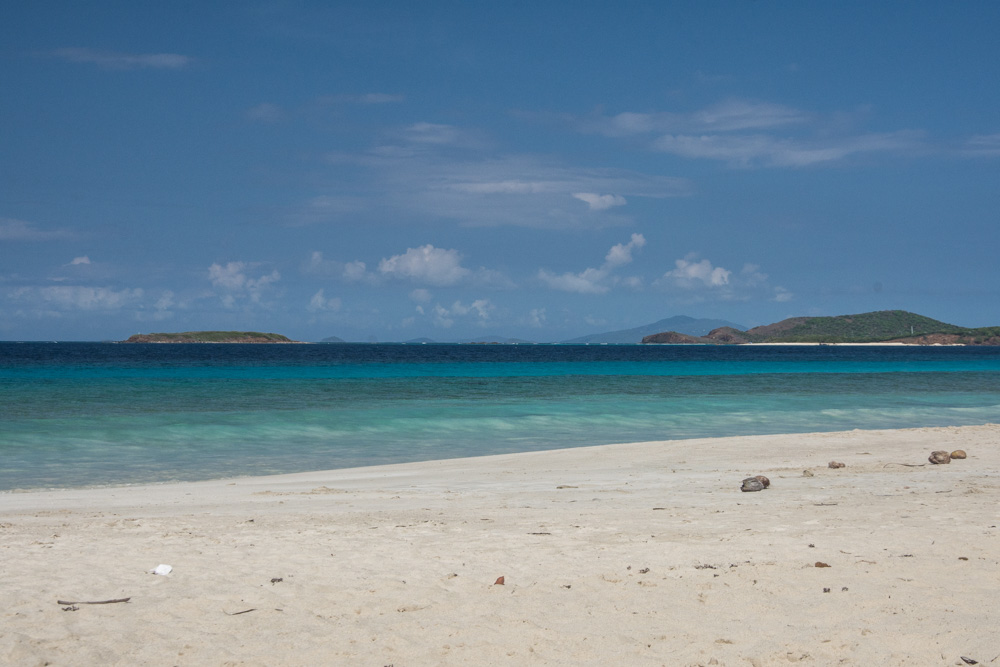 We spent the other days on the most beautiful beach of Puerto Rico and one of the best beaches in the world, the famous Flamenco Beach. We loved it here, the crystal-clear water, changing shades of blue and azure, large white-sand beach with enough of space for everybody lined by palm trees and bushes offering some shade. Although during weekends and holidays it is a crowded spot, thanks to the lengths and width of this beach, you can still find some oasis where you can be almost alone and this is great. Unlike the other two beaches mentioned earlier, Flamenco beach has also facilities such as showers and toilets or kiosks offering (more or less fried) food and drinks including cocktails. 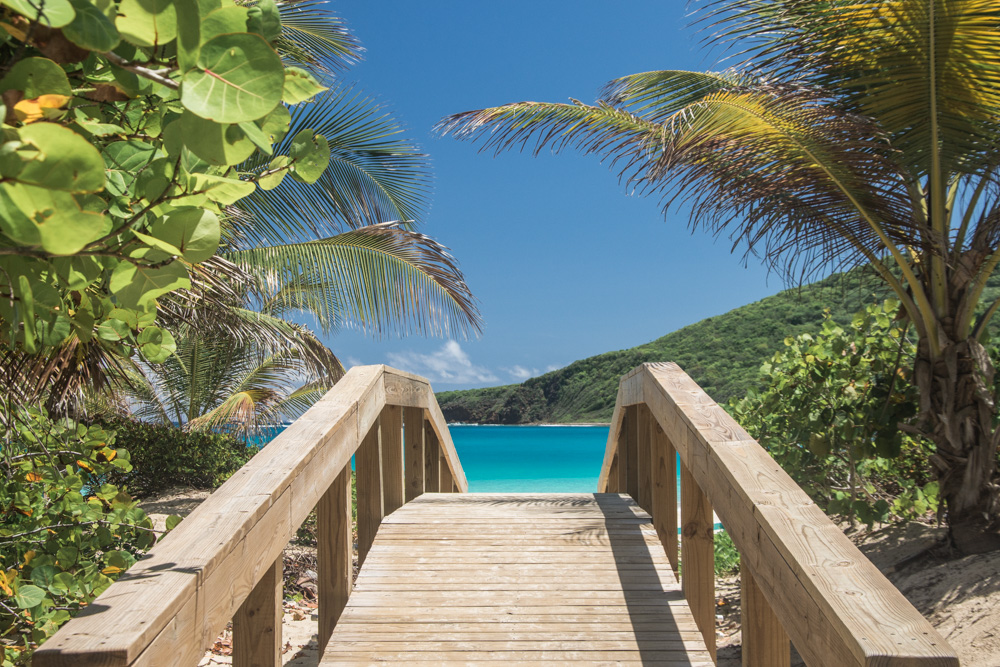 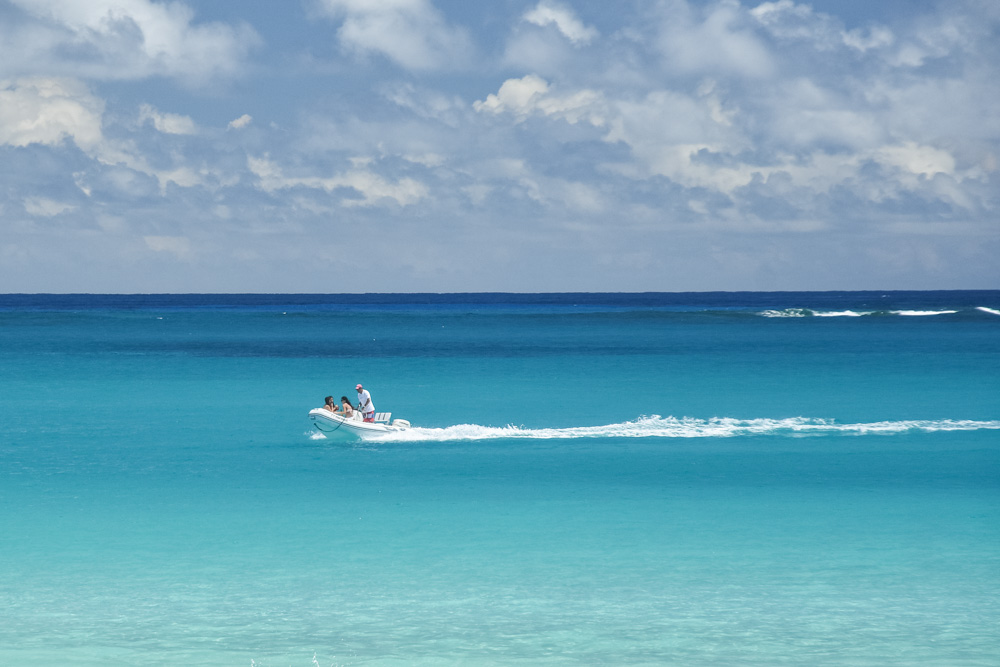 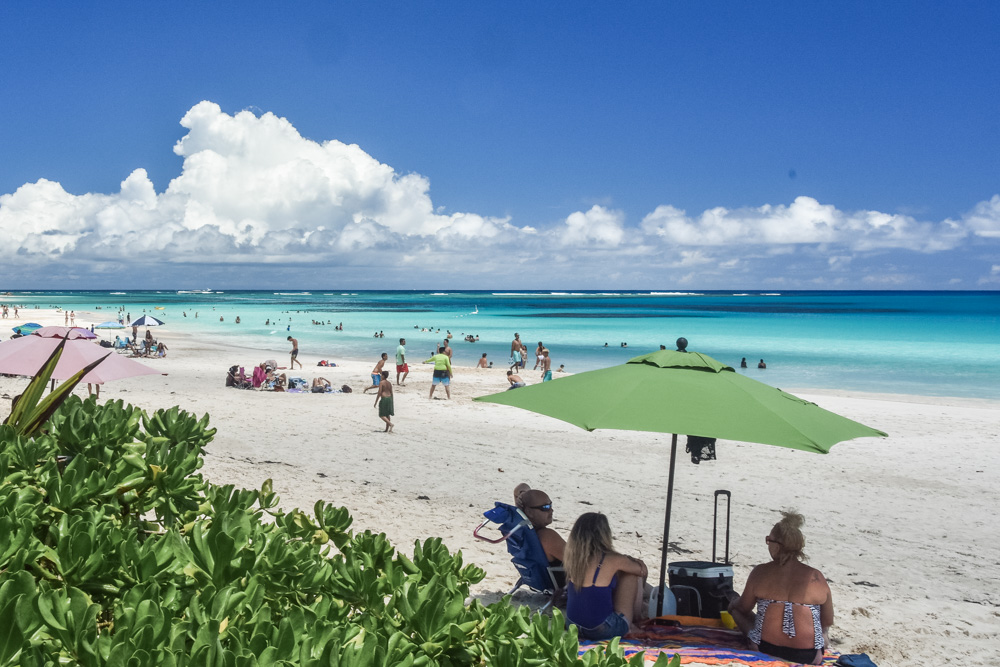 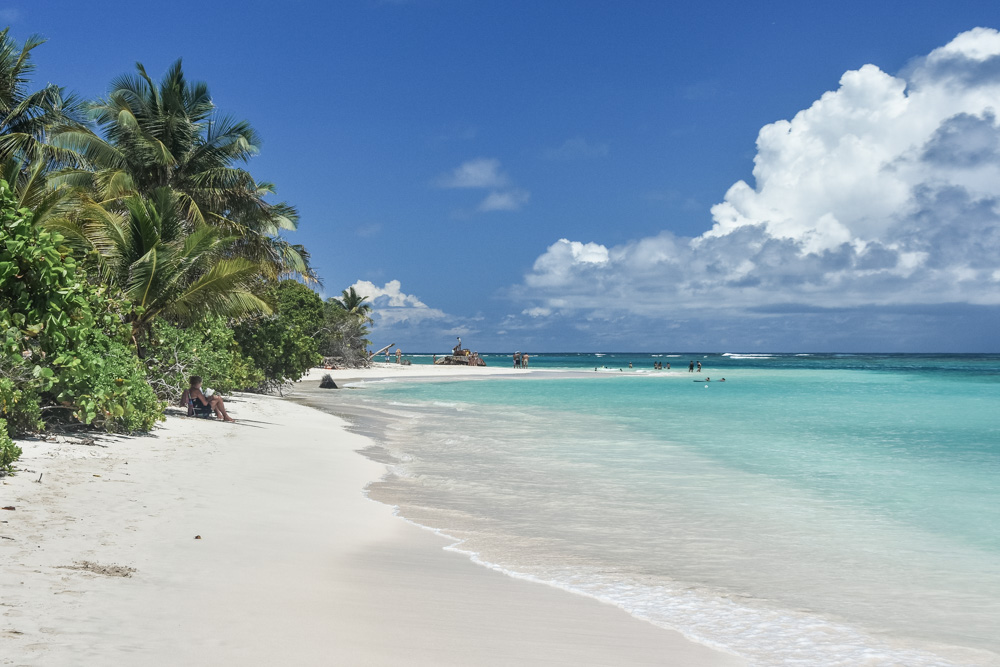 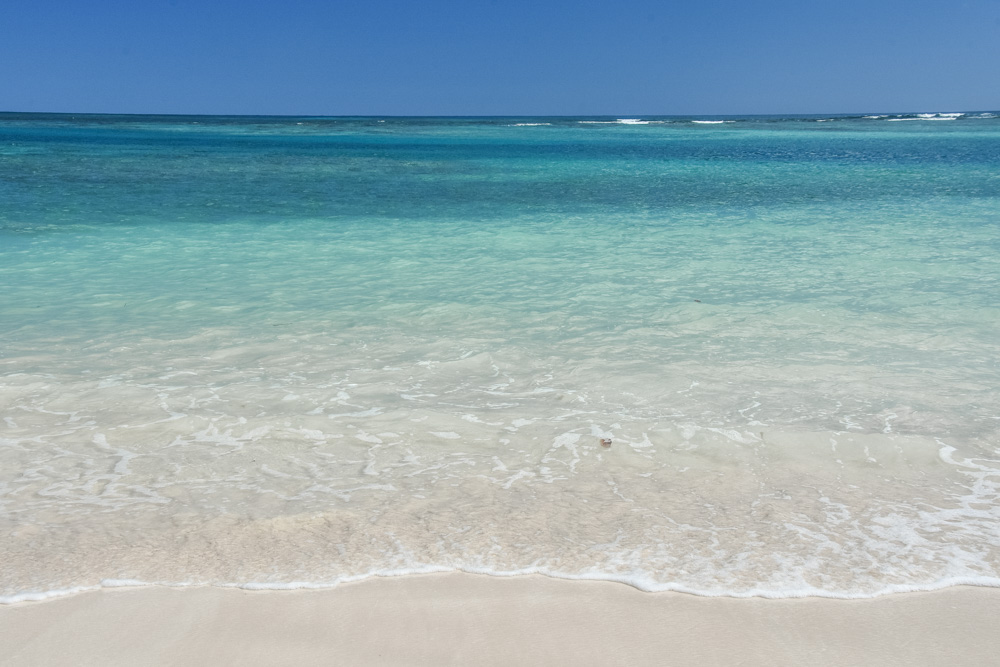 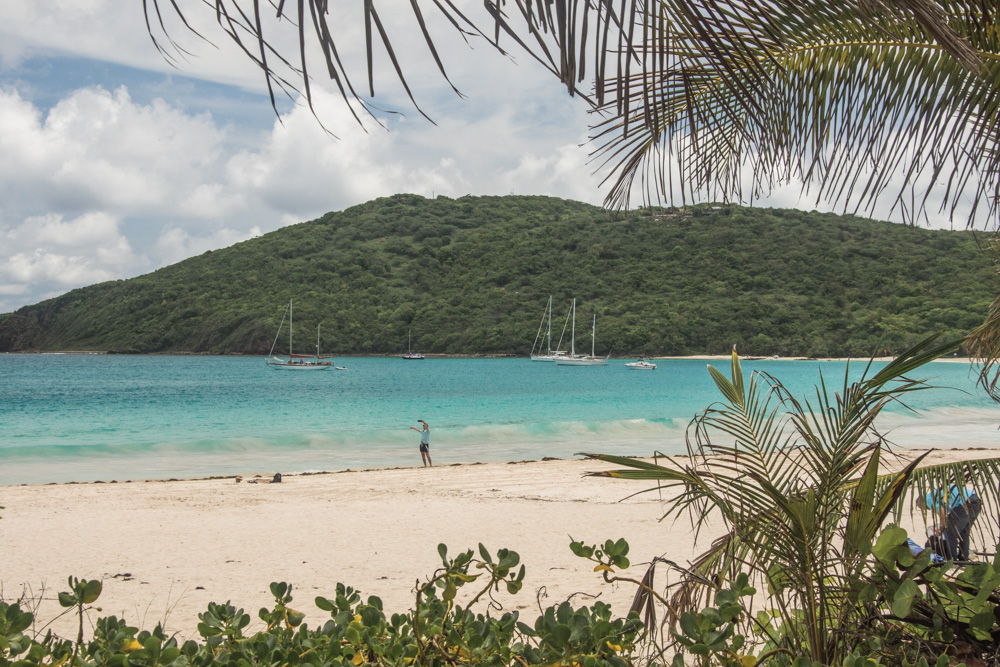 What concerns the food and refreshment on the beaches, be aware that most beaches at Culebra island are remote with no kiosks (except Flamenco), so you’d better bring your own food and drinks.

If you want to eat out, you can find some restaurants in Dewey. As many of these restaurants did not look authentic to us (pizza, hamburgers, chicken, …), we mainly did groceries and ate at our guest house in the evenings. Have to say, I was a bit disappointed by the grocery shops though as there was not a good choice of fresh veggies and fruits, which are being imported from the US. Got some flourish cucumber, crispy avocado or half-colored grapes which were not really appetizing. As a consequence, we then preferred canned beans or pasta.

But there was one nice place where we had a romantic dinner and that I can recommend! It was Crusty Krab, a food truck offering fish specialties and seating at the top of one of the highest points of the island. I had fish tacos with some vegetables which were really good. And the good thing is that you can bring your own drinks, so get a bottle of wine or beer or whatever you fancy and come up the steep hill and enjoy a wonderful view while having a dinner! 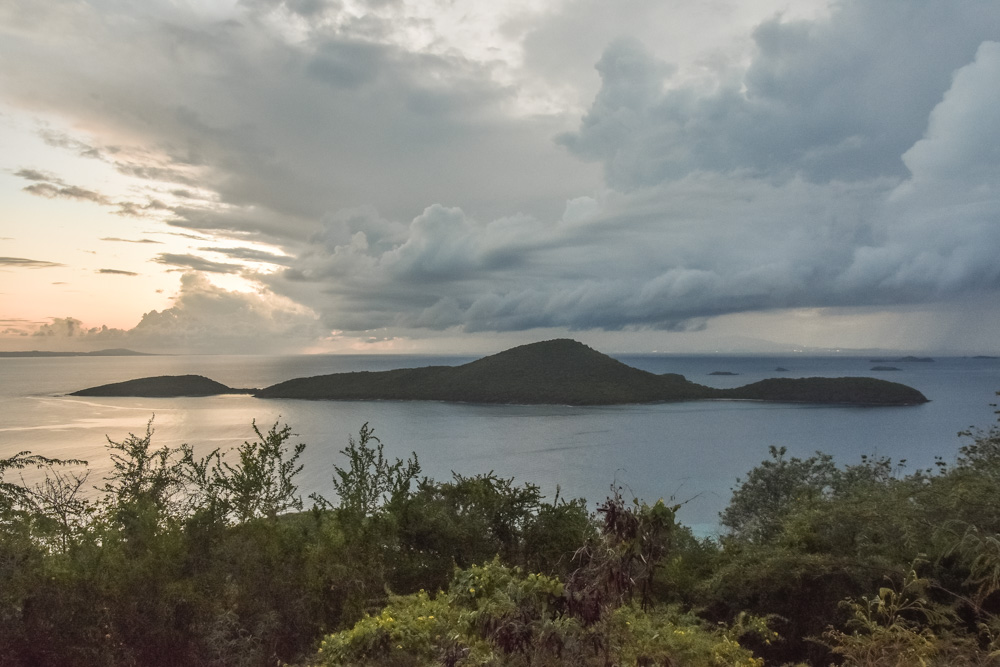 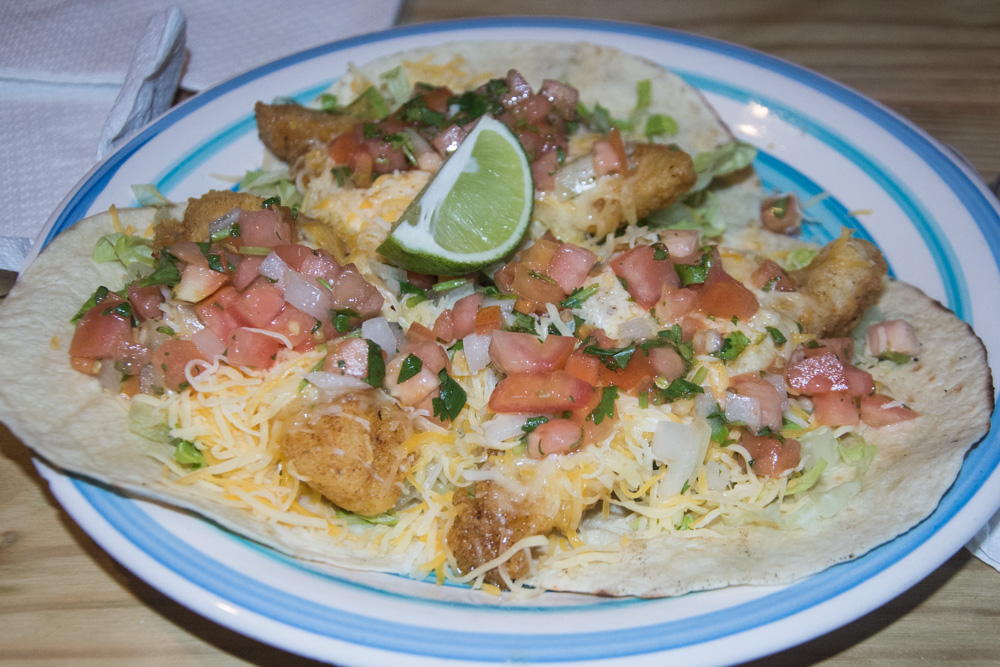 There are some guest houses in Dewey and around the airport. We stayed at Palmetto Guesthouse located about 5 minutes’ walk from the airport and 10-15 min. from the port. This cozy guest house is run by very nice and friendly American expat Susan. The rooms are small but there is a cozy garden and two kitchens for your convenience. 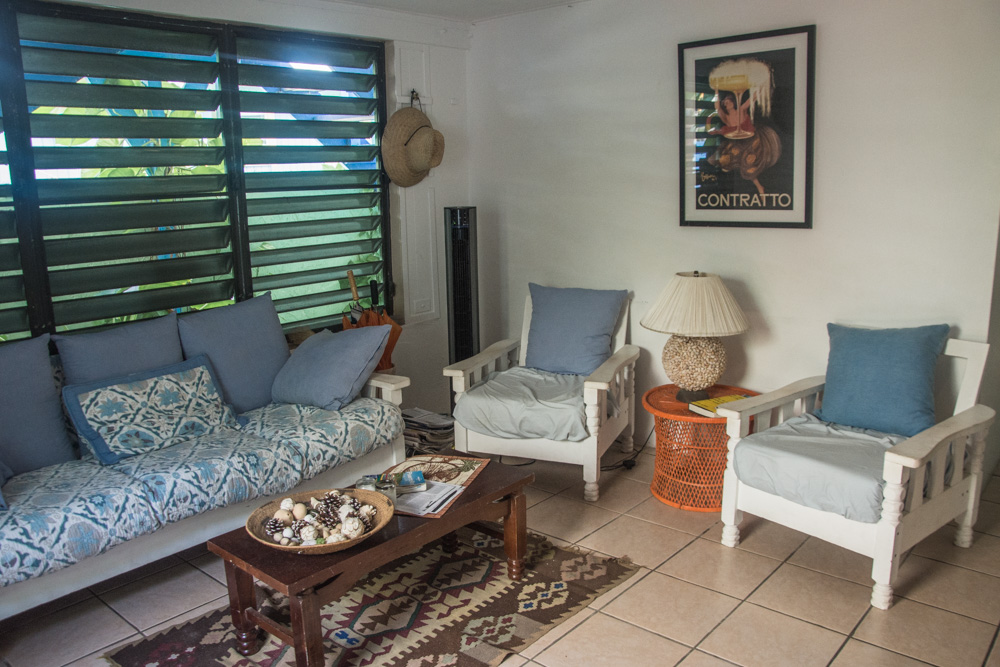 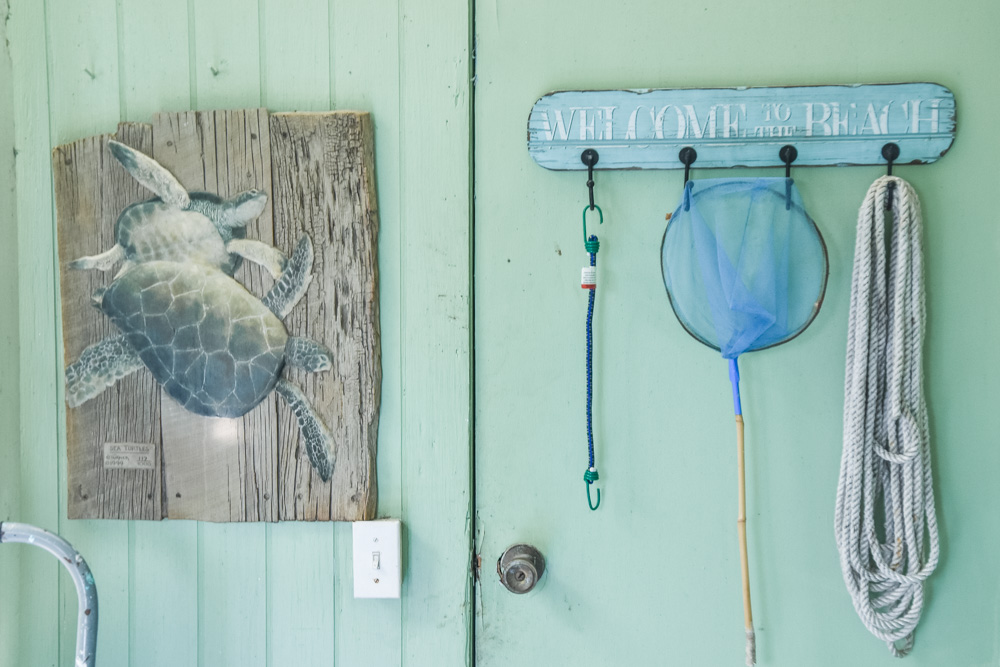 So this is it about Culebra island. After the time spent here, we took a plane for Vieques, the other island worth visiting. But there is more to come about Vieques later in some of the future posts… 🙂

Tell me, have you been to Puerto Rico and visited also Culebra? Did you like the island? What was your preferred beach?

Culebra Island- chalk this one up as yet another place I have never heard of but need to visit!

Aww, so sorry about the sea urchins. They really hurt, don’t they? Your photos are gorgeous! This is a nice rundown and good tips of a beautiful place.