Last weekend in October I had the pleasure to visit Le Salon du Chocolat that was held from 28th October till 1st November in Porte de Versailles in Paris. Although this Chocolate Fair is organized in 32 cities all over the world, Le Salon du Chocolat in Paris is the world’s largest event dedicated to chocolate and cocoa! Around 500 chocolate producers, pralines makers, pastry chefs and designers from several countries all over the world came to Paris to present their work and get some exposure and visibility among the chocolate and cocoa industry and chocolate lovers.

What is “Le Salon du Chocolat” in Paris about?

You can see not only chocolate tablets, pralines, candies, pastry, but also beautiful chocolate dress or statues. Various concerts, workshops, conferences or shows were on the program as well. I took a lot of pictures to illustrate the atmosphere.

Chocolate of all shapes, colors and tastes 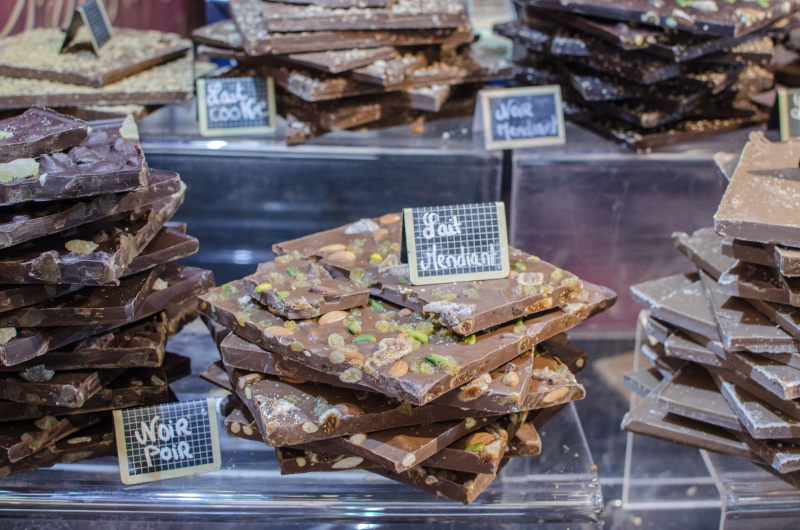 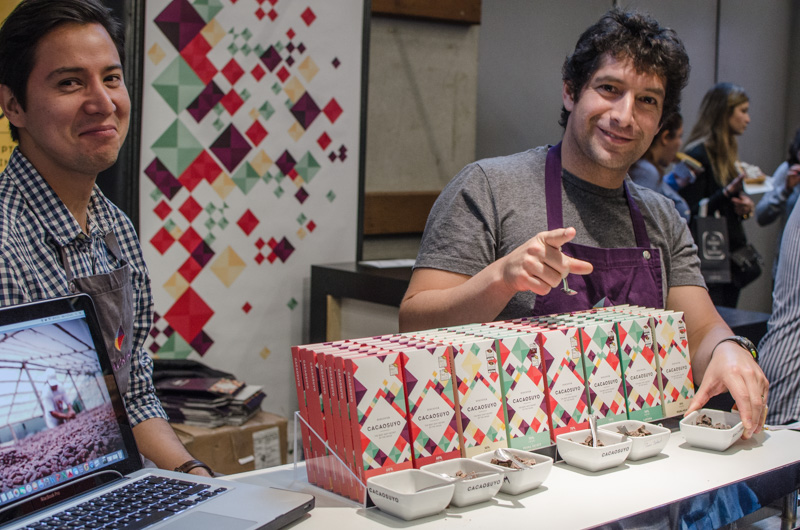 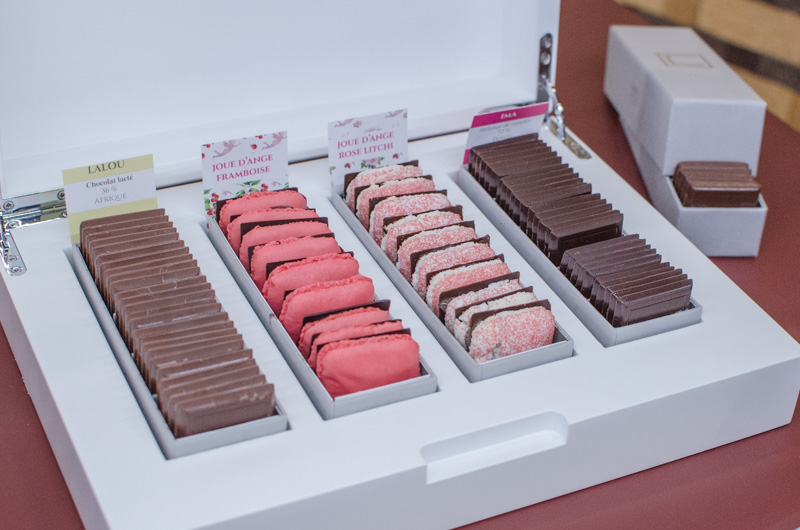 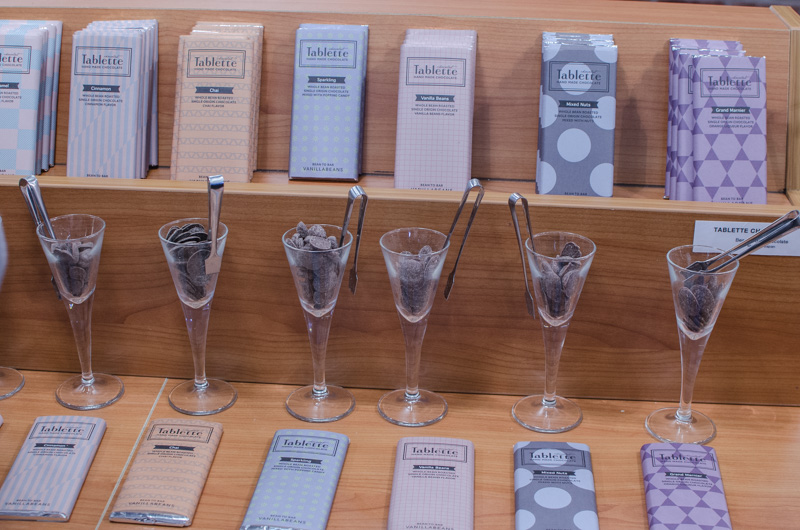 I discovered some tasty pralines with original filling such as cactus or pumpkin ganache. I didn’t resist and got a box to bring home.

These are decorative chocolate compositions made by Patrick Agnellet from Annecy that one must be ashamed to eat. 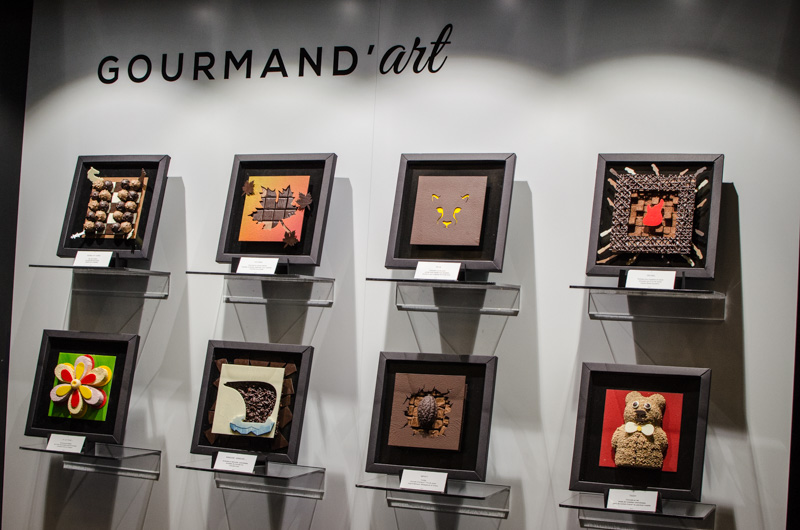 The main cocoa producing countries together with some sustainable chocolate producers had their stands on the ground floor and you could get some interesting information about chocolate and cocoa production as such. 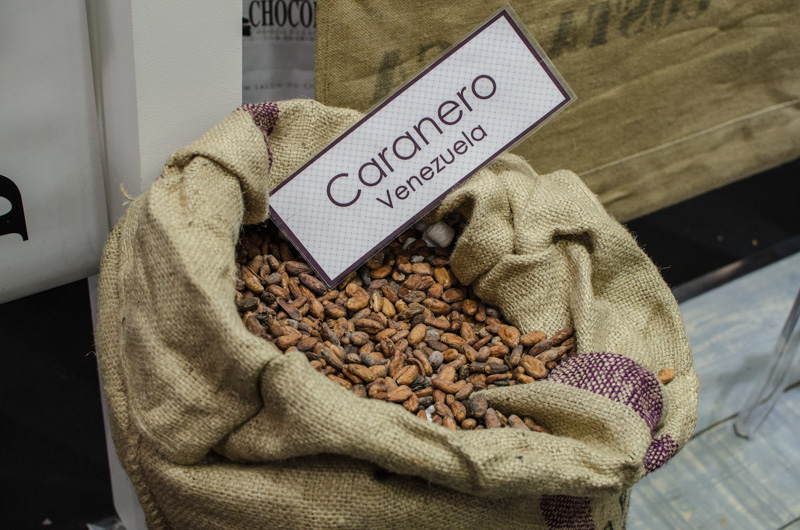 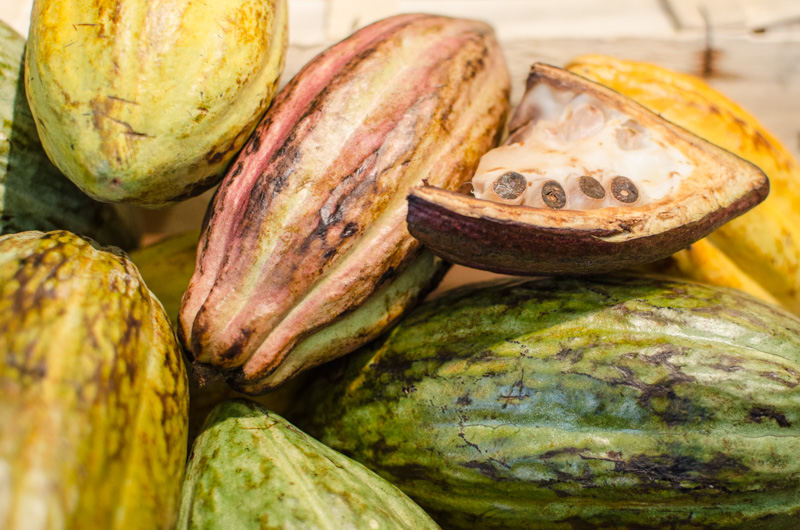 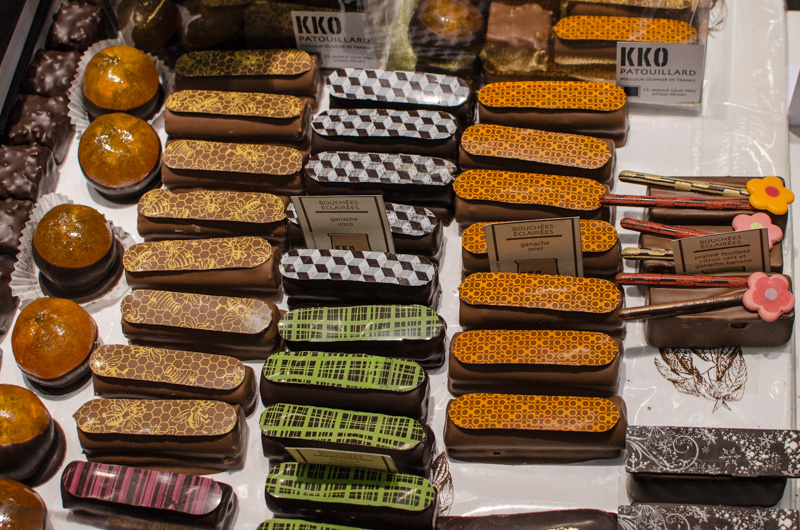 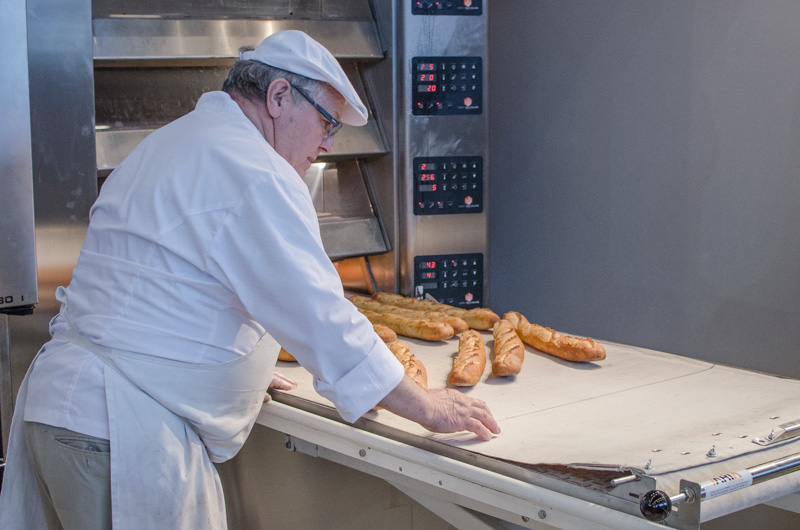 One thing I have never seen before was kouignette from Normandy. There were several flavors such as chocolate, pistachio, raspberry, or caramel. A friend who was with us made us tasted the one with salted caramel and it was delicious although very buttery (thanks God we only has fruit for breakfast that day!). 🙂 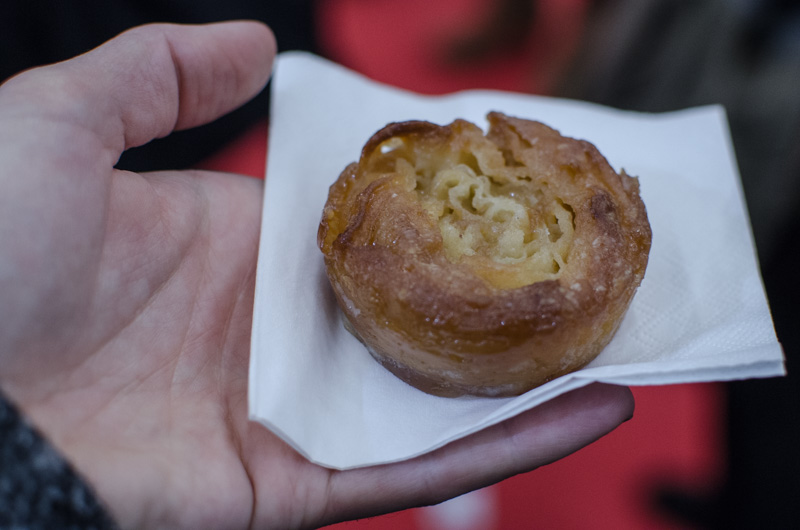 Quite a few Japanese were among the exhibitors and the came with Japanese tea, original pralines with Japanese flavors, green Tokyo macarons made of waffle dough or matcha croissants.

Meet the best ones

And finally, a photo exposition of the most talented pastry and chocolate chefs. All chocolate lovers should know names such as Pierre Marcolini or Christopher Felder (and many others!), and this was an opportunity to see their faces if you missed them live, then at least on a photo.

One of the most interesting parts of Le Salon du Chocolat is the fashion show. Duos of talented chocolate makers and fashion designers created 15 dress made of chocolate. Each day at a certain hour, you can see models wearing these and if you miss that hour, then you can still see them exposed on the figurines. 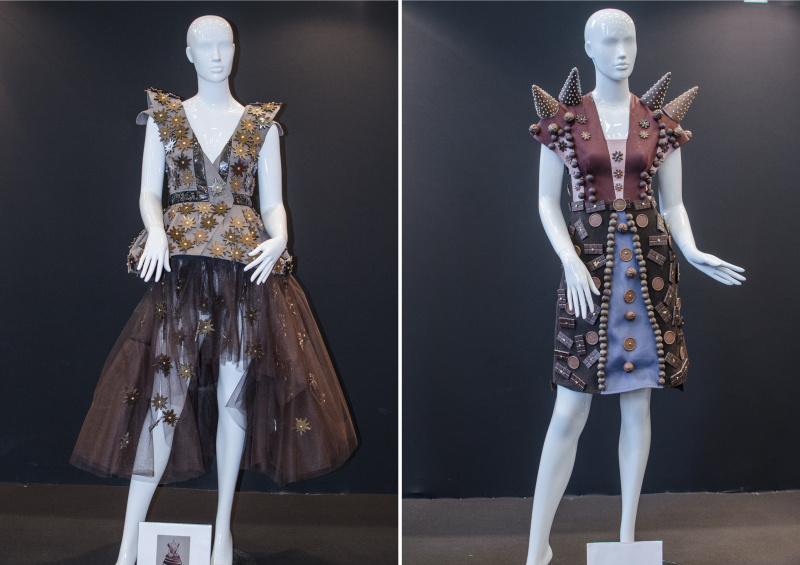 During the day, live music or various shows were on the program. We saw these African singers followed by dancers from Bolivia with the traditional music from the Andes and then dancers from Polynesia.

In other parts of the premises, visitors could have attended workshops devoted to pastry making, autograph sessions of some cookbooks and various conferences about chocolate and cocoa.

As a chocolate lover, I can say that Le Salon du Chocolat in Paris was a great experience full of new discoveries and gourmand tasting. (But I am not speaking about my dislike of chocolate for the whole week that followed. 😉 )

If you feel like going to Le Salon du Chocolat in Paris next time, beware that it is being organized at the end of October/beginning of November. Check the official website of the Chocolate Fair. 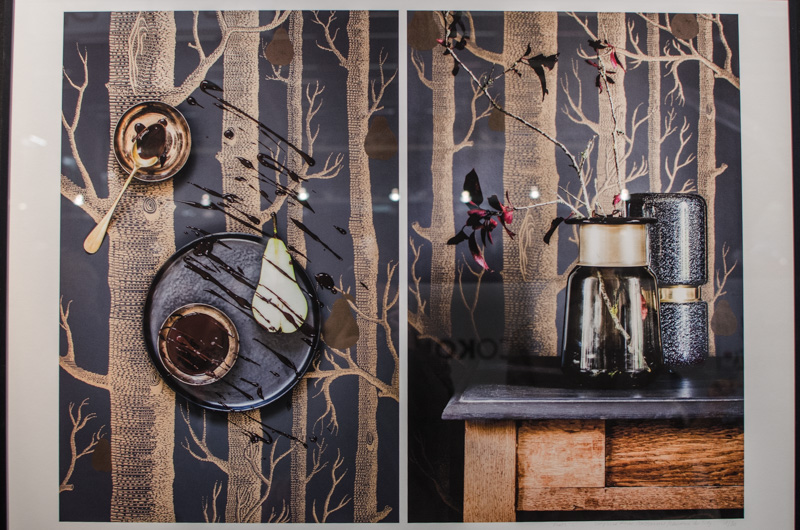 5 Temples in Bangkok Worth Visiting