Have you ever heard of Thorn? It is a little pretty town located in the region of Limburg in the South of the Netherlands, just over the border with Belgium and Germany. For the country it’s quite an unusual town – nearly all the houses and buildings in the city center are painted white, for a reason I will explain further in this post. Nowadays, Thorn attracts visitors from the surroundings, but to me, it deserves more attention beyond and it is a must when in the Netherlands or around.

Before I start about Thorn, let me tell you a short personal story. Steven once took me for a surprise weekend trip during which we also stopped here. It was already dark though and we could only make night pictures. I was still hoping to come back one day to see all these pretty white houses under the daylight. We never did. Then once later when I was pregnant, he found a cute house for sale in Thorn. But for me, it was directly NO despite all the cuteness as it was way too far from Brussels where I had my work and life (ha-ha-ha, I was so convinced that time before the baby arrived). Then life wanted it and we still left Brussels for our new home in Belgian Limburg after Adeline was born… And now live 10 km from Thorn and come there very often, especially with friends and family visiting us. Well done, life! 😀

And now back to the Thorn and its history. The village was developed around a monastery for noblewomen in the 10th century. After the invasion of French by the late 18th century, the noblewoman left and many poor people came to live here. Inhabitants were asked to pay taxes based on the size of their windows. As poor people couldn’t pay high taxes, they made the windows smaller by adding bricks and the houses were therefore painted white to hide the difference between old and new bricks.

The White Village as it is called lies in the middle of the fields and you can see the tower of the church from other nearby villages already. And once the countryside roads bring you to the center of Thorn, you will be amazed by its charm – cobblestone streets lined with white houses featuring inviting windows and doors, little boutiques or antique shops, cozy cafes and restaurants with terraces are waiting for you to have a stroll and discover them. In the afternoon, don’t forget to stop for a coffee or tea with vlaai – the pie specialty of Limburg. You can imagine that during Christmas time, it is extremely cozy and picturesque here!

A highlight of the visit is the Abbey Church of Thorn which was once the origin of the town in the 10th century and remained independent until the French invasion in the 18th century. The interior of the Abbey Church dates back to the 18th century and was renovated by Pierre Cuypers (known for the Central Station and Rijksmuseum in Amsterdam) is very special – it is painted white and for me one of the most beautiful baroque church interiors I have ever seen. In the crypt, you can see mummies of priests which is quite fascinating. The entrance fee is very low so it definitely worths a visit!

Note: You need to come by car to visit Thorn. Be sure to park at the parking for visitors located at the exit of the center – we once parked in another parking close by and received a fee with a notice “parked under a tree” and until nowadays, we don’t understand what we did wrong by parking “under a tree”. 😀

And if you plan to visit the South of the Netherlands, check out also my post about Kinderdijk and Dordrecht. 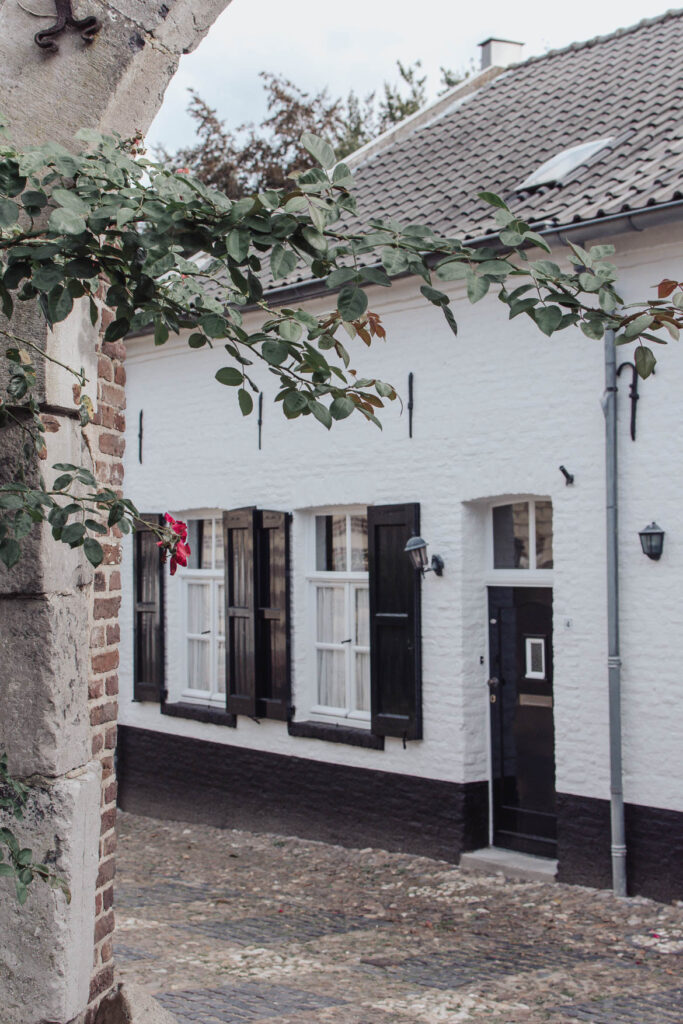 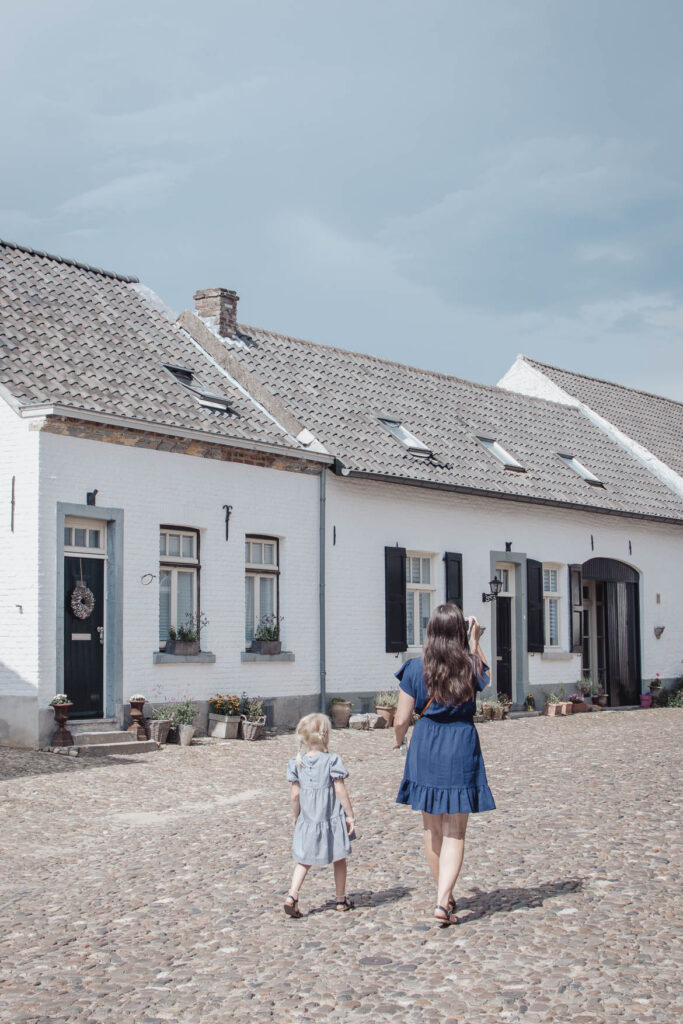 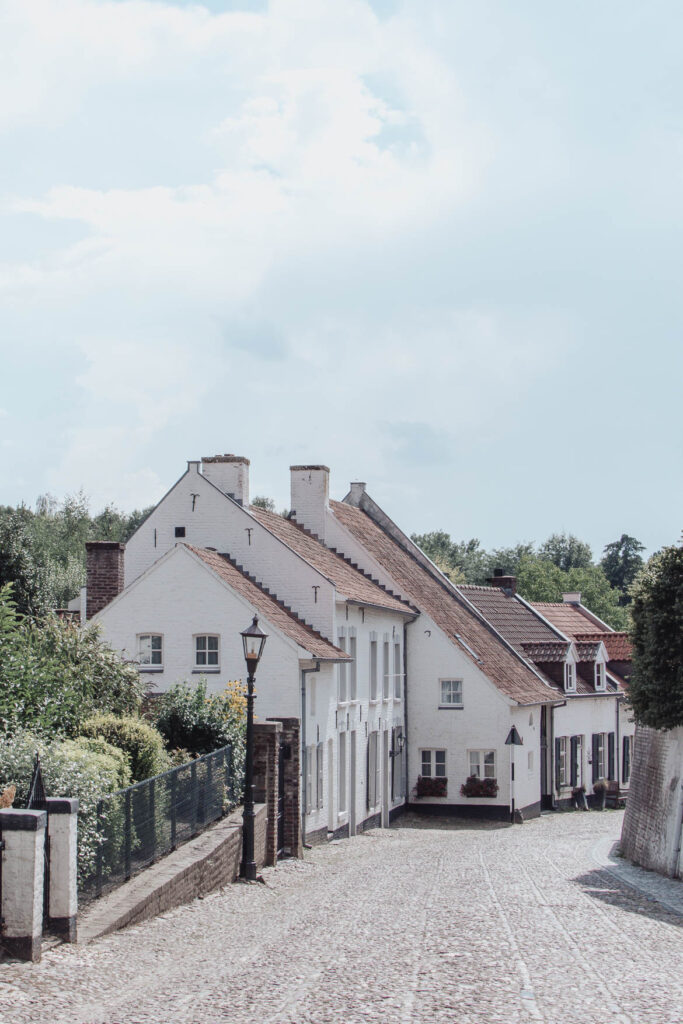 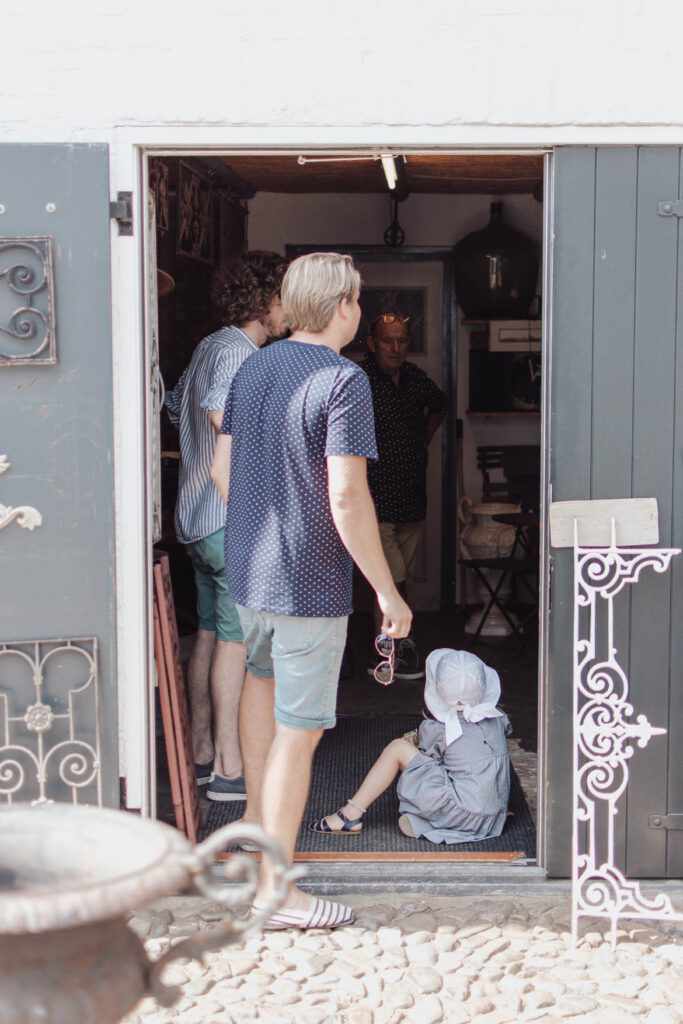 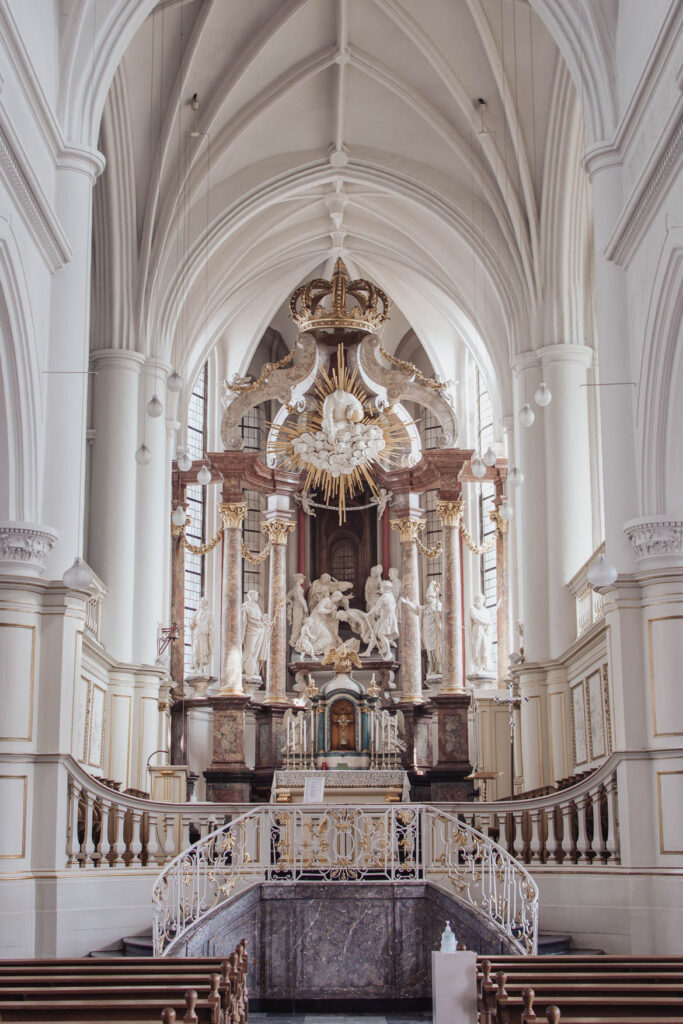 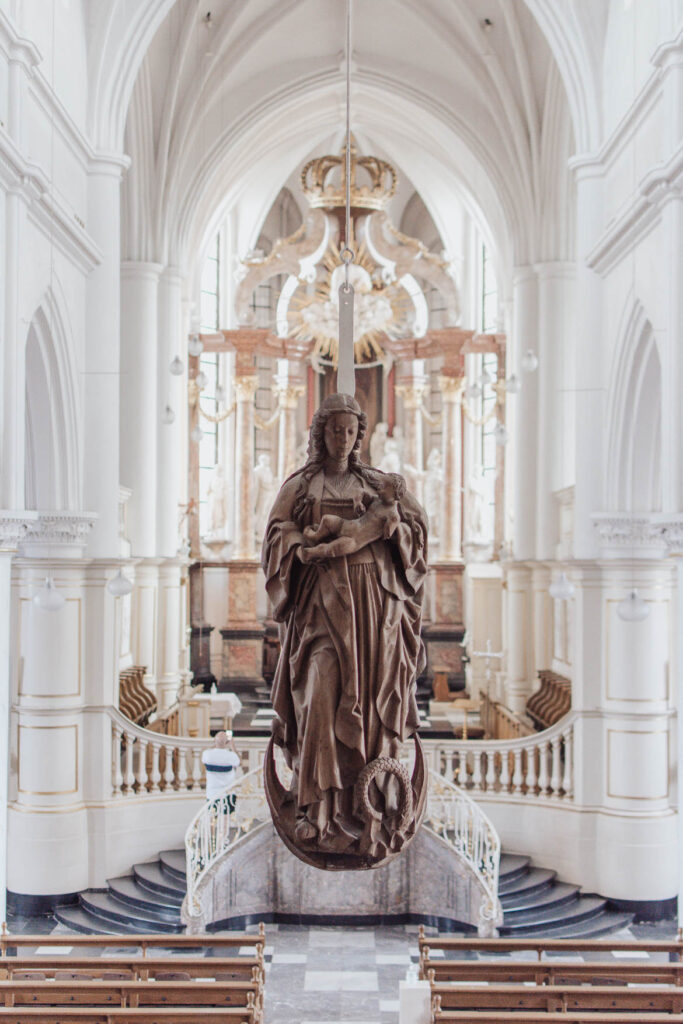 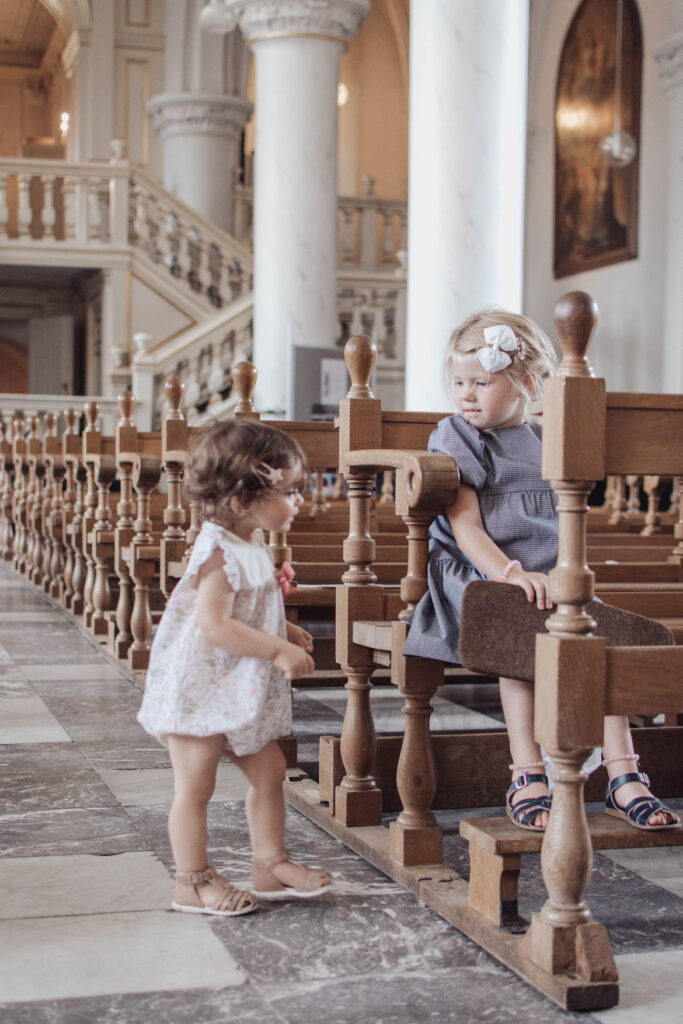 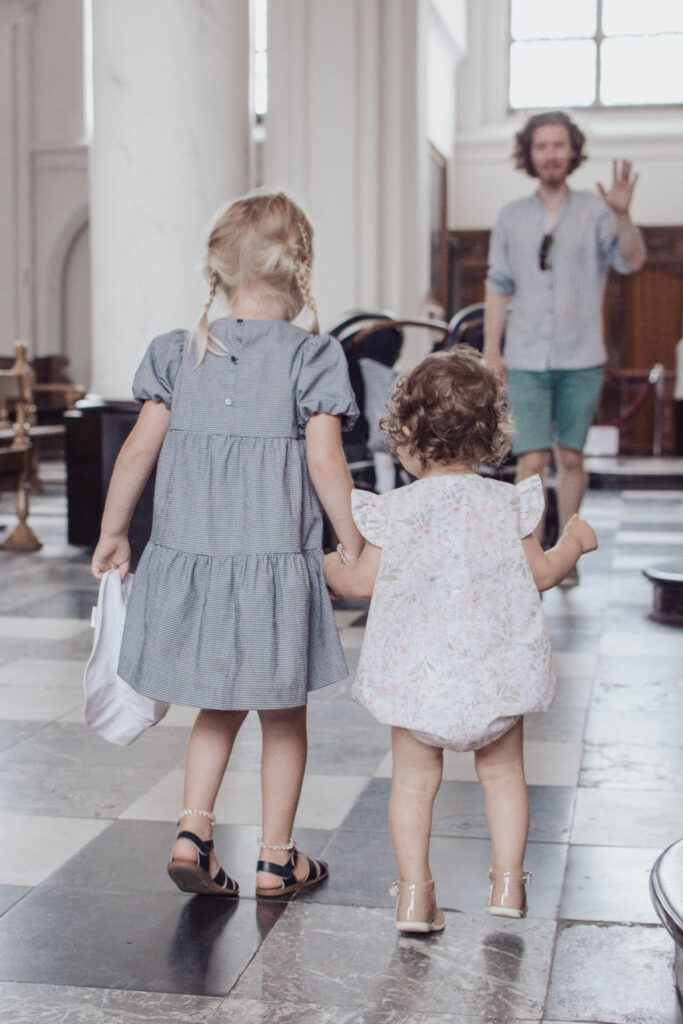 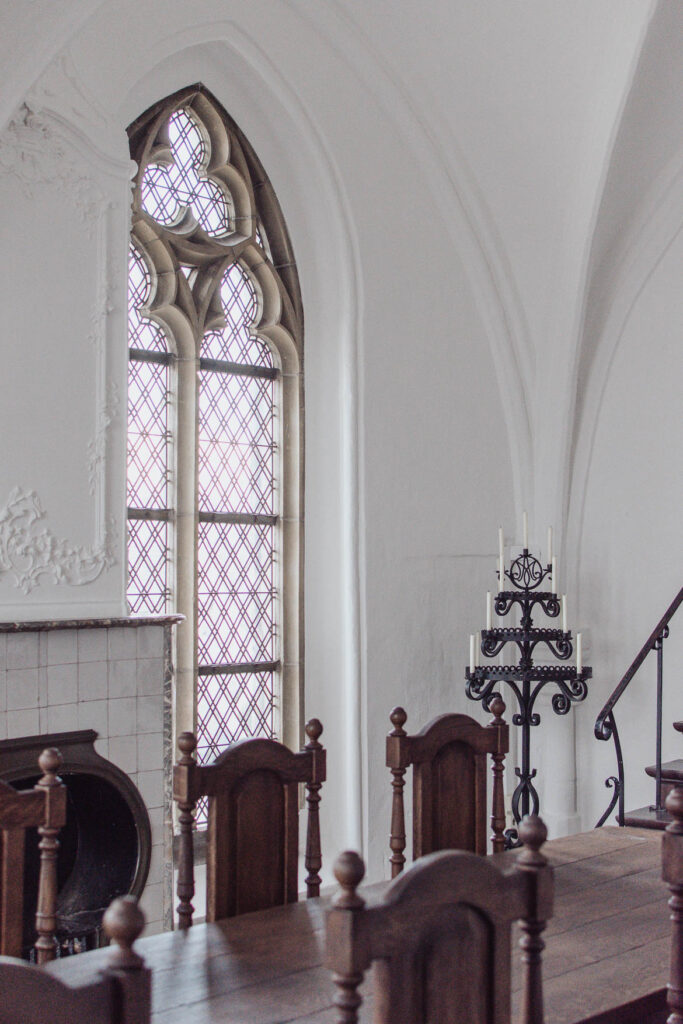 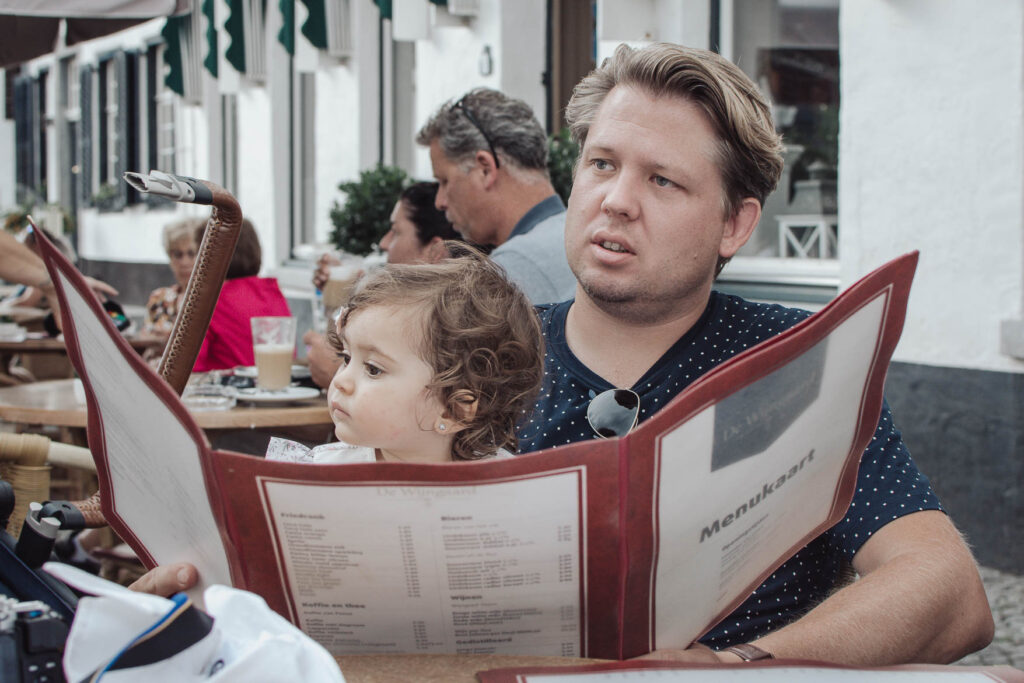 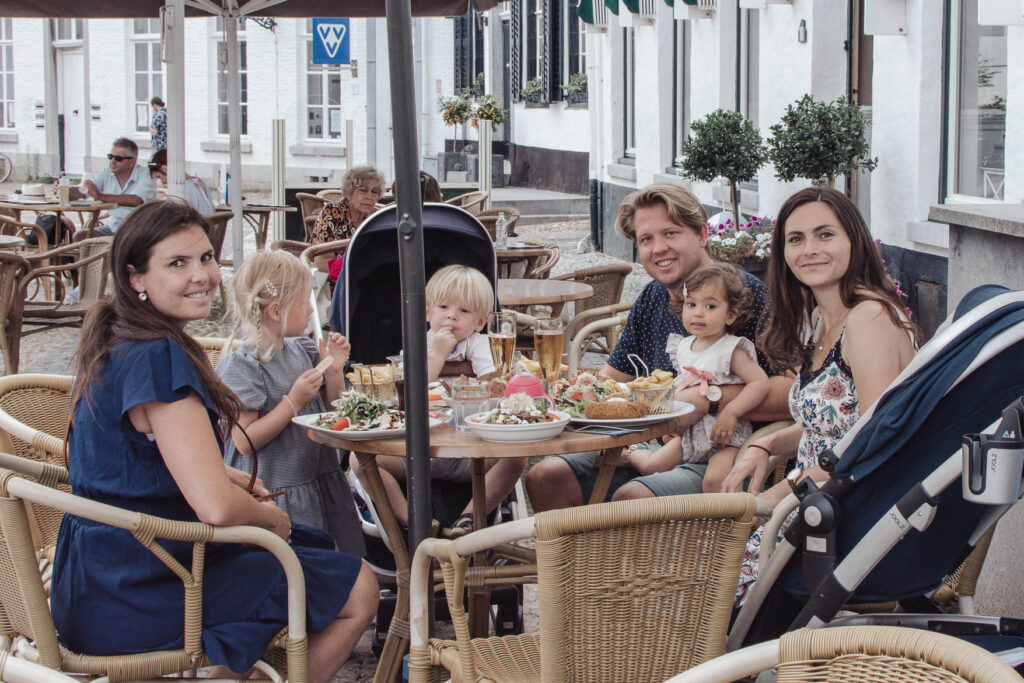 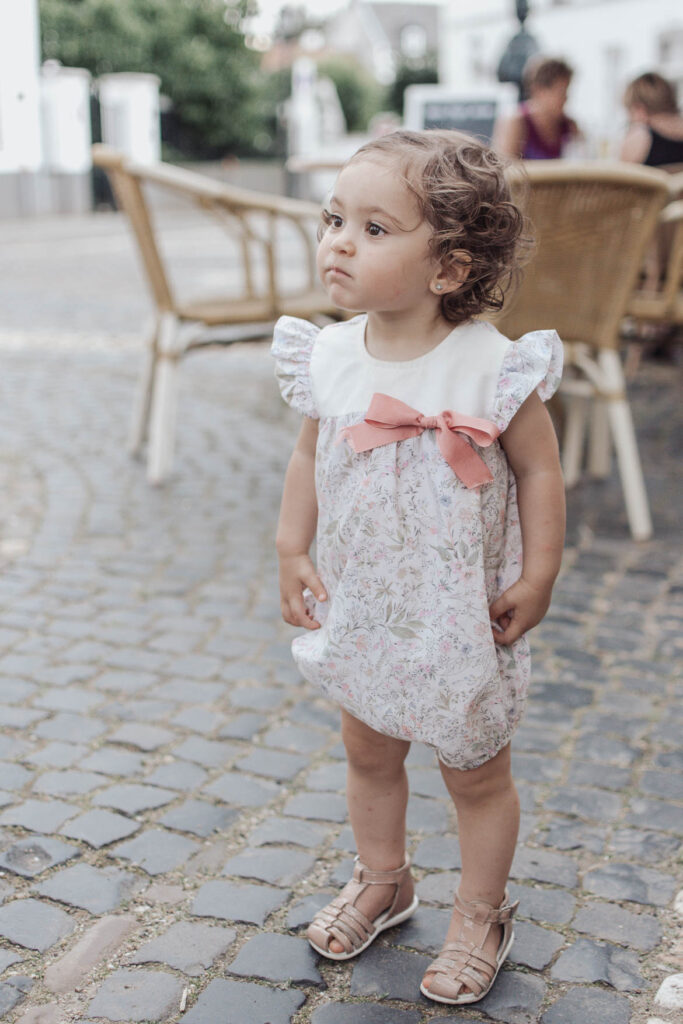 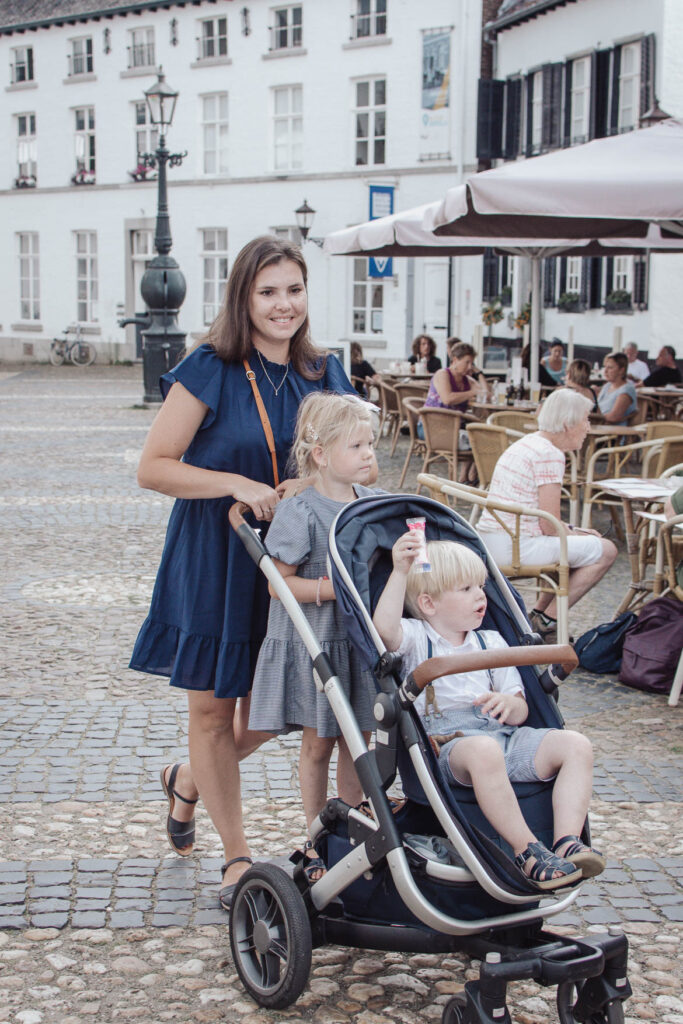 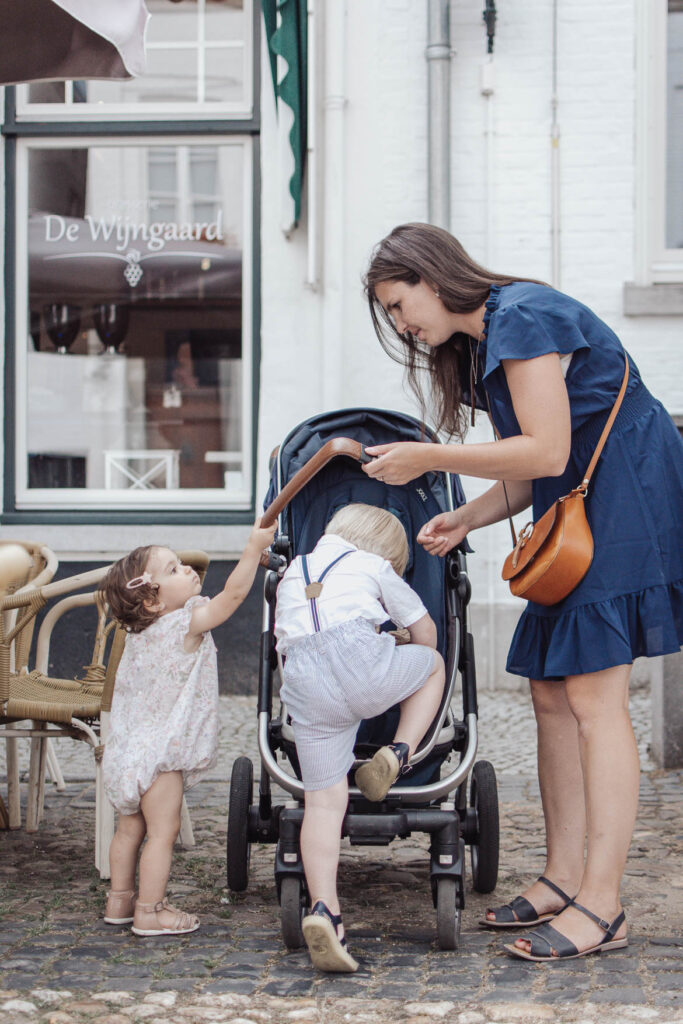 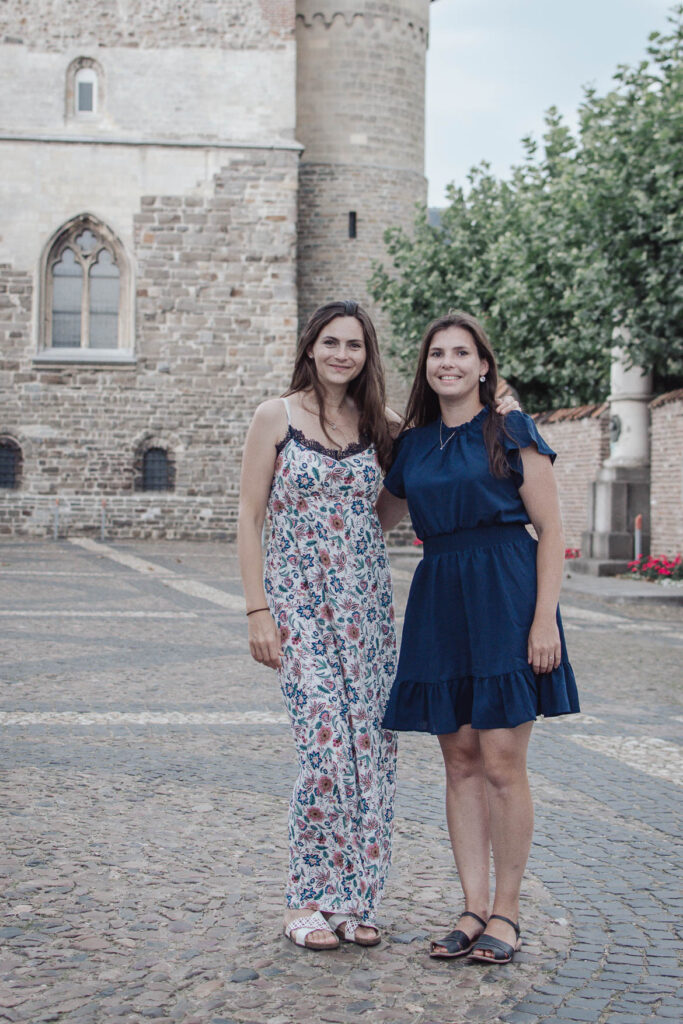 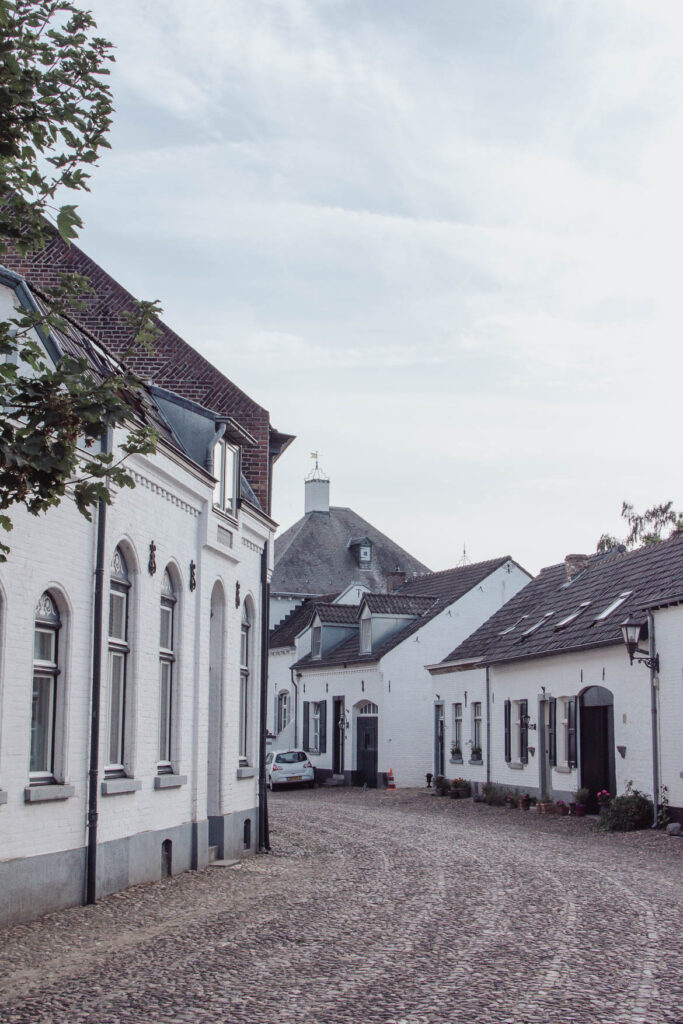 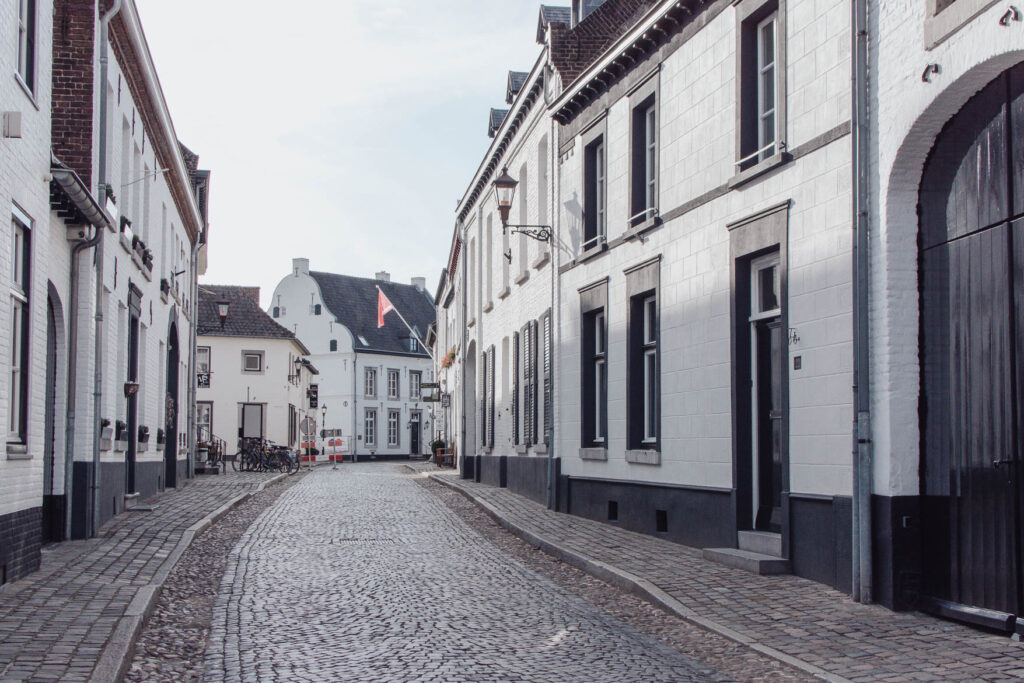 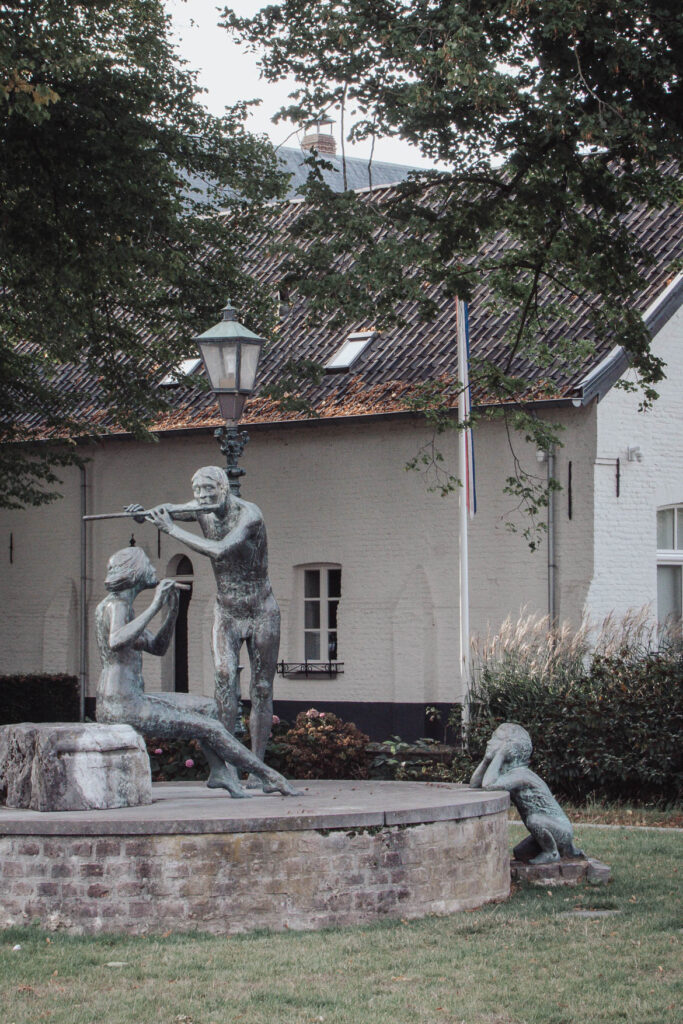 Traveling back in time to Flemish countryside in Bokrijk