In Belgium and France, the Christmas holidays end officially with Epiphany on 6th January. On this day, the tradition is to eat the so-called Galette des rois (French King Cake) which is basically a puff pastry with an almond filling containing a baked in bean. The galette is cut in as many portions as many people are eating it and whoever gets the bean, becomes the king of the day and can wear the golden paper crown which comes with each King Cake.

Every year, starting at the end of December, until the beginning of January, the French King Cake can be seen in each supermarket or bakery in Belgium or France. During my first years in Belgium, I never paid attention to it, thinking to myself this was only for kids. But when my Belgian colleagues first brought one on 6th January and we ended up in a meeting room, eating it together and laughing when the one who found the bean had to wear the crown, I realized it was a nice tradition.

Apart from probably the most traditional King Cake with almond filling, I also saw ones with hazelnut, apple or chocolate filling. There are no limits to taste and fantasy! For now, here is a recipe for the traditional one. Hope you like it! 🙂 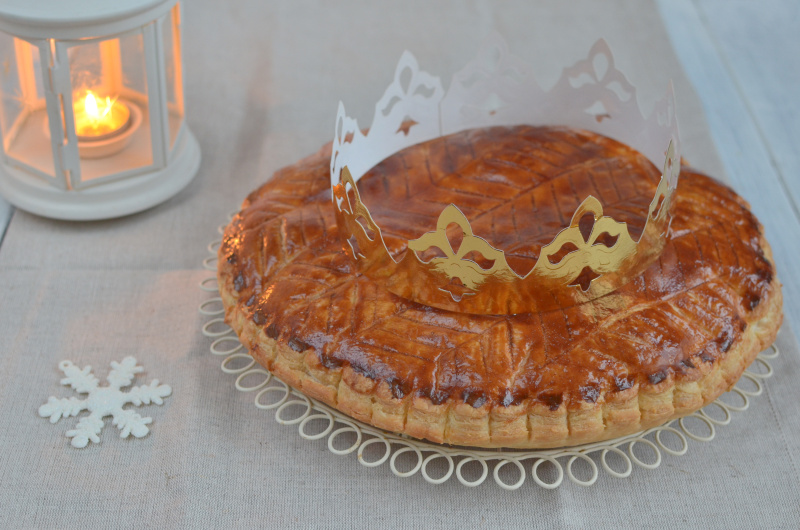 Places I Discovered In 2016

This cake looks delicious! I enjoyed reading this post about Belgium/France cake tradition. It sounds so fun! Love the photos.

I'm Michaela, a Czech girl living in Brussels, Belgium. Welcome to 1001 Voyages Gourmands - a blog celebrating tasty vegetarian food, charming places all over the world and our life in the country of chocolate pralines and beer!